When it comes to sex, mutual satisfaction is the holy grail and condoms get a bad rap sometimes. Yes, they’re an extra layer between penis and vagina, but gone are the days when they were so incredibly bulky that the wearer struggled to feel anything at all. Over the last few years, more and more condoms have been successfully designed with the wearer’s pleasure in mind.

No-one wants a sheet wrapped around their penis, so the material used to manufacture them has become thinner and thinner until some condoms – quite accurately – offer a ‘barely there’ experience. Which is perfect for those men who struggle to orgasm whilst wearing one because it’s taking away the ‘real’ feeling (as far as they are concerned). 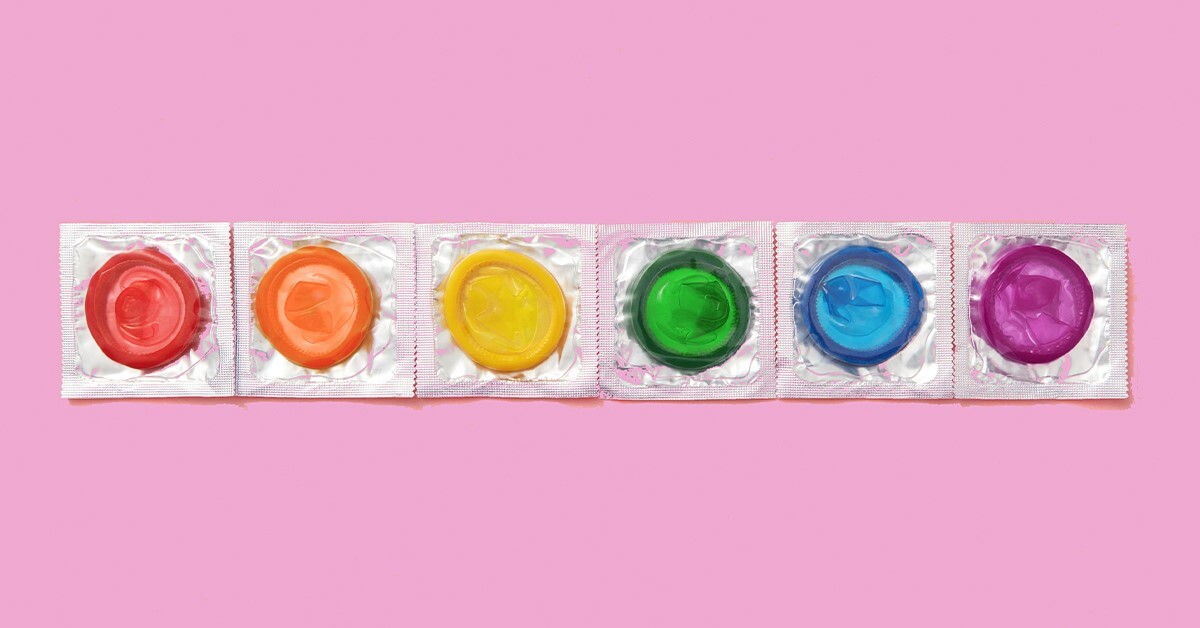 There will always be a market for newly created condoms which use the latest technology to offer the maximum sensation possible with guaranteed pleasure being firmly in the forefront of the manufacturer’s mind. The standard view is that to put an extra layer between you and your partner is a passion killer and lessens the sexual experience, but it isn’t necessarily true – have you ever considered that you might be using the wrong condoms?

There is a plethora of options out there which are all classified as thin, and some as ‘ultra’ thin, and have been designed for maximum pleasure whilst ensuring maximum protection from STIs.

If you’re worrying whether or not they’re as safe as standard condoms – following the logic that thinner material will tear more easily – then you can be reassured that they are as safe as any other condom. No form of birth control is ever 100%, but condoms are nearly there with a 98% success rate. Plus, they’re the only form of contraception that will protect you against STIs and unwanted pregnancy.

If the world was a perfect place, then men almost certainly wouldn’t choose to wear a condom. But isn’t and they’re a necessity if you definitely want to protect yourself against STIs.

The bigger brands like Durex produce condoms which are up to 40% thinner than the average condom, while still being just as effective against unwanted pregnancies and STIs. Their ‘Invisible' condoms go by their name and are almost exactly that. They’re transparent and marketed as "gossamer-thin" to give maximum sensation.

When you’re storing thin condoms, be very careful to guard against damage. You’re probably fine at home, just keep them in a drawer somewhere, but it’s when you’re out and about that they’re more at risk of damage. Sharp objects in your bag/purse/wallet like keys and coins and the various other things that get assembled over time, might all poke through the foil packaging, so if you have to carry them about make sure that they’re in their box or tucked away in a pocket somewhere.

Common concerns about thin condoms include:

The answer: No, they aren't at more risk of tearing or splitting than other condoms so there's no increased risk. As with all condoms though, it’s the size that can be the problem. If they’re too big you risk slippage and/or it coming off altogether, and if they’re too small then they’re more likely to break – so make sure the ones you choose are right for you.

The answer: There’s no one specific yes or no, it depends on the person wearing it. But in general, the thickness of the condom does decrease sensation and does help to make sex last longer. So, if finishing too soon is an issue for you, thin condoms might not be the best choice – it’s a good job that standard condoms are out there and just as easy to buy as the super thin ones.

Ultra-thin condoms are at no more risk of breaking than any other condom. Thickness of material does not mean that it’s more likely to break, so as long as you follow the general guidelines for ensuring maximum protection, you’ll be fine.

Why aren’t all condoms extra thin? All the companies seem to be focused on making thinner and thinner and aiming for the ‘barely there’ feel.

For the simple reason that many customers associate thicker condoms with being safer. They aren’t, but once you’re in that mindset then it’s difficult to get out of it because logic would dictate that thicker is indeed safer. For those people, the difference in size is not important so long as they feel safer using that condom – and lots of people find safety is a turn-on. Or if not safety exactly, the feeling of being secure in their contraception.

Condom companies will always cater for all of their target market, rather than just one section of it. So, whilst the more condoms advance, the less ‘there’ they can feel, if you want the good old-fashioned, regular thickness ones then they’re all still available for you.