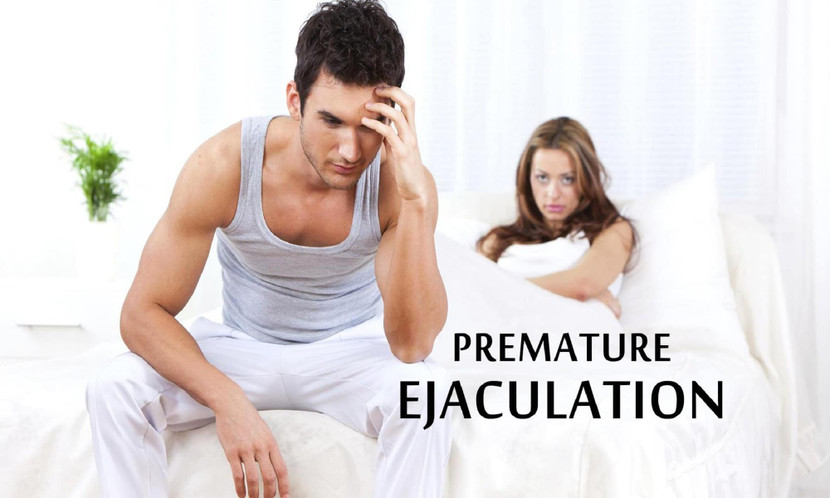 Lasting longer in the bedroom is on the minds of millions of men. It’s estimated between 30 and 40 percent of all men experience premature ejaculation (PE) to some degree. Premature ejaculation is considered the most widespread male sexual dysfunction.

If you’re shooting your shot early, the answer might lie in the condoms you use.

What is premature ejaculation?

Male ejaculation is considered “premature” or early when a man ejaculates within one minute of penetration. It is also described as ejaculating before either you or your partner would like. This can be frustrating for both parties. Thus, the search for extending sex ensues.

Increase endurance, confidence, and pleasure with condoms designed for stamina.

Traditional condoms are not designed to decrease sensation, their sole purpose is to protect from STDs and unwanted pregnancies. However, some condoms are designed to help increase male stamina.

In the noble pursuit of increasing your bedroom endurance, there are a few things to look for in a condom.

Any condoms that market themselves as extended pleasure are designed with a thicker material than traditional condoms. These condoms help with desensitising the penis, allowing a man to last longer during penetration.

Yes, you can still feel pleasure, just at a slower, sustained rate.

These condoms provide some climax control for men that experience premature ejaculation, and for men who want to extend the pleasure of their partner.

Climax control condoms include a specially formulated in-condom lubricant that contains benzocaine. This helps to delay ejaculation by gently numbing the tip of the penis. This is temporary and can help desensitize the most sensitive area of the penis.

The head of a penis contains 4,000 nerve endings that are all being stimulated when having penetrative sex. Overstimulation is a thing. A temporary numbing agent can help to take some of those very sensitive nerve endings temporarily offline so you can last longer.

The tactic here is two-fold. With mutual pleasure condoms, the in-condom lubricant is designed to slow him down, while outside of the condom is ribbed and dotted for her increasing her pleasure. The idea is it will slow you down while speeding her up to meet in the middle for mutual pleasure.

Neither condom eliminates pleasure. Both options work to reduce overstimulation and enhance endurance.

Using condoms specific for stamina can increase your confidence and climax control.

The pursuit of lasting longer will not only benefit the male sexual experience but also the female experience. Women require longer periods of stimulation to reach orgasm. Delay and extended pleasure condoms can be mutually enjoyed.

While you can aim to last longer in the bedroom, you might also think about increasing her pleasure before you even begin penetration. By bringing her to max arousal you increase her pleasure and lessen the amount of time you’ll need to last.

Use edging to extend pleasure and increase stamina

Using condoms can help you last longer to help dull the sensations. But you might also consider edging your orgasm by using the start-and-stop method. This can extend sex, and make for more intense orgasms.

1.Begin pleasuring as usual, either with a partner or solo.

2.Bring yourself to the “almost!” part of your arousal. This is considered the edge of your climax.

3.When you get to the edge, back down my friend. Remove all stimulation and allow your arousal to come back down and recover.

4.This might be a few seconds of cool down or a few minutes.

5.When you start stimulation again, bring yourself to the edge again.

6.Do this “edge and cool” technique for as long as you want, then allow yourself over the edge.

Doing these techniques can not only extend sex and maximise pleasure but it also is a master class in stamina. By doing this, you increase your stimulation endurance. Trying these techniques might be difficult at first. Remember to listen to your body.

Premature ejaculation, or early ejaculation, is a common and widespread sexual complaint that affects millions of men. 1 in 3 men between the ages of 18 and 59 experience PE to some degree.

If you struggle with the frustrations of premature ejaculation, try specially designed condoms that can help you last longer in the bedroom.

Things to look for in a condom if you want to last longer:

You might also consider making sure your partner is at max arousal before beginning intercourse and trying edging techniques to improve stamina.