Stealthing – What is it? 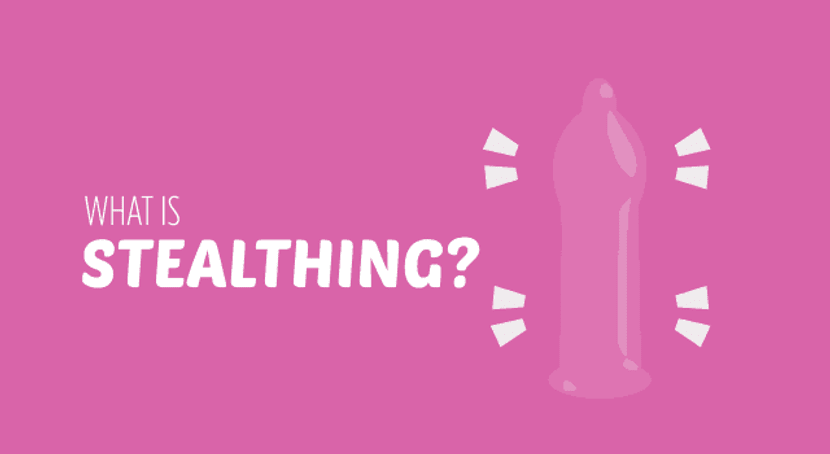 There are lots of funny terms associated with sexual behaviour these days, for instance, ‘ghosting’, ‘breadcrumbing’ and ‘stealthing’.  Stealthing’ is the new trend and its not a great one if you are looking to protect yourself against STIs, HIV Aids and unwanted pregnancy.  Stealthing is a guy removing a condom at some point during intercourse having previously consented to use one and without his partners’ prior consent.

In 2017, Skadden Fellow, Alexandra Brodsky conducted a study for the Canadian Columbia Journal of Gender and Law which specifically looked at this practice, how it unfolded and the impact on the recipients.  Is this a new form of gender-based violation or violence?  Could it even be assault?  There is a feeling amongst female victims in Canada that they will not be taken seriously by a largely male-dominated establishment and judiciary, much like the dismissive prejudice that early rape victims experienced.  It would seem in Canada that there is still some stereotypical behaviour associated with certain types of women by some elements of the judiciary which is unhelpful and not reflected in other countries.   Thankfully, this is not the situation in the UK.  But forget the judges, many male perpetrators really don’t think they are doing anything wrong.  But Brodsky deems this type of offence to be ‘rape-adjacent’.

Women feel violated by stealthing and in fact, are violated because they have clearly set out the boundaries and the guy has deliberately flouted them caring little or nothing for her feelings and not a jot about the possible physical consequences.  Outside the UK, some men have been convicted of sexual crimes for stealthing.  A man in Switzerland who removed his condom without his partner’s knowledge or consent was convicted of rape on the basis that whilst his female partner had consented to sexual intercourse, she had not consented to unprotected sexual intercourse.

In the UK, stealthing is clearly classified as a sexual offence and perpetrators could even risk a more serious charge of rape based on the Swiss analogy.  Stealthing can also be defined as purposely damaging the condom although some argue that this is actually a different offence.  In the US, there have been no prosecutions to date for stealthing although bills have been proposed in both Wisconsin and California to rank stealthing as sexual assault.

It is probably fair to say that stealthing is far less likely in an established and trusting relationship; it tends to be the domain of one night stands or very early liaisons where sex is a feature right from the off in the early days.  The sceptical might think that some guys deliberately engender a loving and intimate connection only to exploit it by doing away with the condom protection after a few days with perhaps no intention of sticking around.

Why would a guy indulge in stealing?

It’s not rocket science, why wear a condom if you think you can get away without one?!  Guys have been putting pressure on women since time immemorial to let them go without because it feels better, you know the type of thing, “…if you really liked me (insert the word ‘love’ if the relationship is older than three months) then you would let me take it off” or, “you know you can trust me” and the ubiquitous, “I never go with anyone else, I wouldn’t do that to you.”

Psychologists think the reasoning lies a little deeper and that the root cause of the problem is male sexual supremacy and misogyny.  For sure, there must be a range of motivations for ‘stealthers’ as they are known and this can vary from a simple desire for increased pleasure right through to a notion of entitlement and onto the dark side of dominance and degradation.

The use of condoms is essential to prevent the transmission of STIs and HIV AIDS and the ‘non-negotiable’ rule needs to be made plain and clear right from the outset.  Anyone who doesn’t respect this is not worth getting involved with but stealthers and, the clue is in the name, can be notoriously difficult to detect.  There are some tips you can follow, for example, always use your own condoms so you know they are intact and undamaged and if you use a ribbed variety then you should be able to feel that they are still present.