When the tech world met condoms 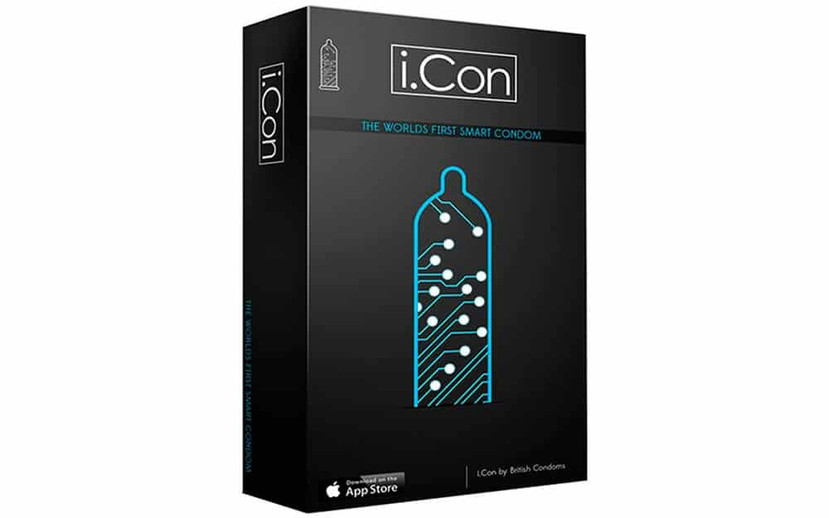 These days, everything is Smart, Smartphones, Smart metres so what about Smartass, literally?  There is now a Smart Condom and you might wonder what makes it smart as protecting against unwanted pregnancies, STIs and HIV Aids is probably quite smart enough – but enter us, yes, us – British Condoms – the inventors.

Our new condom goes by the name of ‘The i Con’ and is the ultimate (and first) “wearable technology in the bedroom”.  Think of it as a Fitbit for sexual performance.  The i Con is actually a ring that is worn with a condom during sex and it captures and records a number of pertinent (or should that be, impertinent) facts.  These include:-

The data is collected using various sensors and a Nano chip and users can store and track these vital statistics via an i Con app where data is logged securely and anonymously.  The i Con is inconspicuous and lightweight and fits just over the top of the condom sitting at the base and shouldn’t interfere with the main event at all.  Users have reported that they don’t even know it is there.  It is waterproof and the band is both flexible and adjustable to girth size so it is comfortable for both parties and happily, it is also reusable.  Big tick for the environmentalists.

The i Con comes with its own tiny USB charging port and at full charge, can last for up to eight hours which should be more than enough time for even the most ardent of performers.  As with anything digital, data is always at risk from potential interference.  The i Con cannot identify users although theoretically, anything is hackable these days.  The outcome of an unfriendly hack could be more than a little sensitive all ways round.

The i Con has been developed by British condoms and it does have a safety element to it as well as a fun profile.  The i Con can also indicate the presence of STDs including syphilis and chlamydia.

Developments keep coming in the world of condoms because there still seems to be an almost universal mission to get people to really engage and use them.  New technology and products are constantly being evaluated and trialled to provide that Holy Grail of condoms, a condom that really feels like you are wearing nothing, protects against all STIs and HIV Aids and can be applied without any interruption to sexual pleasure. Now that’s a condom that everyone really would wear.

The two keywords when it comes to making condoms seem to be, ‘pleasure’ and ‘protection’.  If you can satisfy those two concepts then you are just left with the ticklish question of how to apply a condom without disrupting the story.  That is one requirement that any condom manufacturer is going to struggle with although some are rising to the challenge.

Don’t worry i.Con fans… we will be posting an update in the near future for release!