My Partner Wants An Open Relationship – But Is It The Right Thing For You? 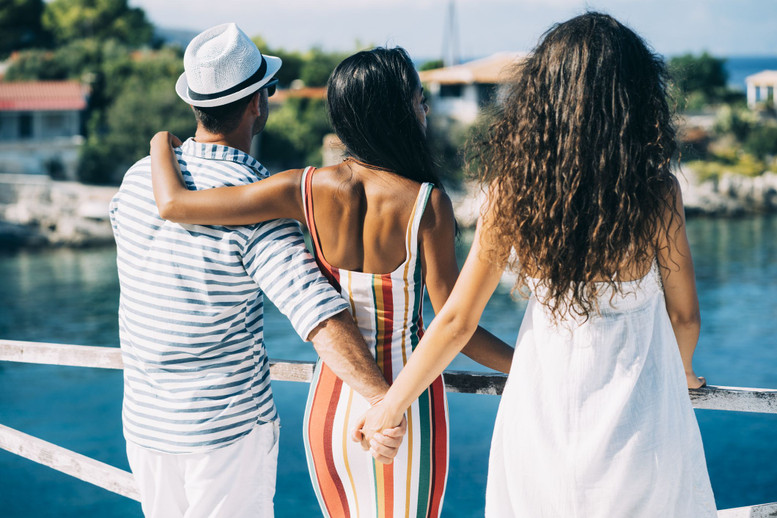 When we think about relationships we generally consider the set-in-stone, accepted, monogamous type of relationship. Meeting, dating, moving in, maybe getting married, 2.4 children – you know the kind of thing. Especially as people move into their thirties, then tend to want to settle down and have a close, loving relationship. Because that’s the norm isn’t it? That’s what all people want, isn’t it? The answer to both of these is a resounding NO. If there’s one thing that has come from our evolved society, it’s that pretty much anything goes. Same sex marriage, teen parents, huge, white wedding, eloping – all of these are normal things.

However, when it comes to monogamy in relationships, this can be a tricky thing to navigate. We all assume that monogamy is essential in relationships, but that is very far from the truth – and reality. There are lots of different types, and generally it’s down to both partners to choose the one that suits them best. And these can rattle along for years, in their same, accepted format, peacefully with nothing really changing. So if your partner announces out of the blue that they’d like an open relationship, it might come as a total shock, or maybe you’ve skirted around the subject before. Whichever it is, there is probably going to be a heck of a lot of talking about it before anything is decided and lots of questions to be answered. The first of which might be, “What exactly is an open relationship?”. There are no set parameters, these are all movable things so you choose what suits you both. The basic definition is a situation where both partners are free to engage in emotional/sexual/romantic endeavours with people outside of the relationship, but you can pick and choose which bits are right for you, obviously. There are some standard questions that should be asked before you go ahead with what will probably be a momentous decision. Whatever route (if any) you decide to go with, there should be one, inarguable, point that you have to agree on and that’s protection. Even if your days of procreating are well and truly gone, condoms need to be used in any casual sex situation because that’s the only way that you can protect yourself against STIs/STDs.

Ultimately, different things are good for different people. What suits some won’t suit others, so don’t feel guilty if you can’t agree to something that your partner thinks is perfectly reasonable. And possibly most important of all, you can always end the arrangement if you want to. Nothing is set in stone and if you agree to try but ultimately can’t, then take yourself out of the situation and wave goodbye to it. Whether or not your partner follows you will probably tell you a great deal about their suitability as your partner.