More Than One – Polyamory 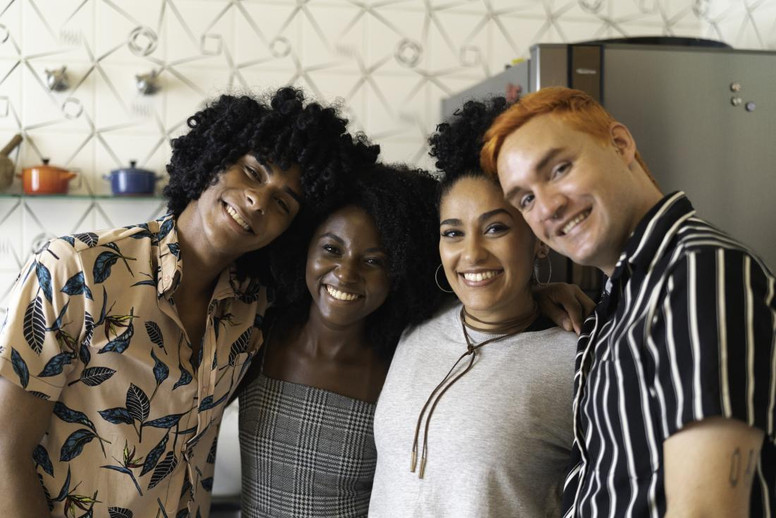 Most people will have heard of polyamory. Either as a concept without being aware of most of the facts, or you might be involved in polyamorous relationships, or you might know about it in a ‘I’m curious’ sort of way, or in a ‘I’m horrified’ way. Both are totally normal, we all have our preferred style of relationships - as long as you and your partner are happy then that’s all that counts.

Let’s start at the beginning – what is the actual definition of a polyamorous relationship?

In a nutshell – it describes those who want to be in a relationship (usually sexually) with more than one person. Simple and sounds great, right? Well, let’s see how the reality matches up, not all things are as good as they’ve been made out to be, or it could be a brand new relationship hack, who knows? Interestingly, men are not made to be monogamous (in a lifelong sexual relationship with just one person). Biology dictates that they instinctively want to spread their seed far and wide so their family line has the best chance of being carried on throughout the ages. We’ve seen this reflected in the common practice of a man having a wife and yet still taking a mistress or two, and whilst it may have been acceptable back in the Middle Ages, it certainly isn’t now!

So if men are caught in this maelstrom of DNA urges to sleep with multiple people, perhaps the best thing is to recognise it and make it part of their lives? Living as a ‘throuple’ for example, a situation where the mistress joins the wife to live in the same household and the husband bed-hops according to that night’s preferences. In fact, might it not be a good thing? So the wife isn’t constantly being pestered for sex and thus avoid the resentment that’s easy to build up when one person doesn’t have the same sex drive as the other. It’s definitely a point worth debating.

The criteria for living in a polyamory way is to believe in open relationships. Well, there are plenty of those people around! But this has one, vital, twist: it’s only with the informed consent of all parties. This isn’t a sneaky sort of way of living. That way, all parties are on the same page and relationships can be shifted around, flow naturally from one person to another. Just to make it a bit more complex, there’s hierarchical polyamory and non-hierarchical. Then there’s also polyfidelity where three or more people are in a committed relationship with each other and no dating goes on outside of this. And ‘solo’ polyamory where there’s no main relationship, but you date multiple people.

You feeling interested? Can you see yourself leading a life with multiple partners that isn’t all about sex? That said, imagine the possibilities for exploration! Different people have different kinks and you might land on a partner who’s totally in sync with you. But let’s drag our minds, however unwillingly, from the glorious act that is sex and look at some of the most asked questions about polyamory, because it’s a fascinating way of life, especially if you’ve never really understood what it means – you might have misperceptions about the whole way of life. It might be perfect for you.

One thing that is vital in this sort of set-up is the issue of birth control, as you might expect with multiple partners! Some might be young and capable of getting pregnant, others older without that particular worry, but STI prevention is always present. So, contraception is a burning issue here and having safe sex is very important. Things might change the more you get into it and the more you settle with the same people, but at the outset condoms are always the safest choice because they are the only thing that protects against pregnancy and STIs. But other options are there too, like coils, the contraceptive pill, female condoms – it just depends on the circumstances.

So…..you want to explore polyamory do you? Have you found yourself titillated (love that word, it’s so suggestive) by that way of life? If so, get going! Of course there’s a snag here – if you have a partner who isn’t keen/doesn’t know or understand about how the whole thing works then you might have to do a little work. Nothing subversive, just maybe bring it up casually, you know, in front of the TV one night, or over dinner, or in the bedroom…..Where there’s a will, there’s a way, as they say, and you’ll work out the best approach for you. So bring it up in a calm, peaceful atmosphere, don’t get into arguments about it and LISTEN to your partner – even if you know you won’t like what they’re going to say.

It’s sad to say it, but if you’re doubly, triply keen on having a polyamory relationship but your partner is dead set against it, then it might be time to separate and find someone more in tune with your preferred way of life. It might be a huge leap, but you only have one life – for goodness sake, live it!!