Are Promotional Condoms a Good Idea? 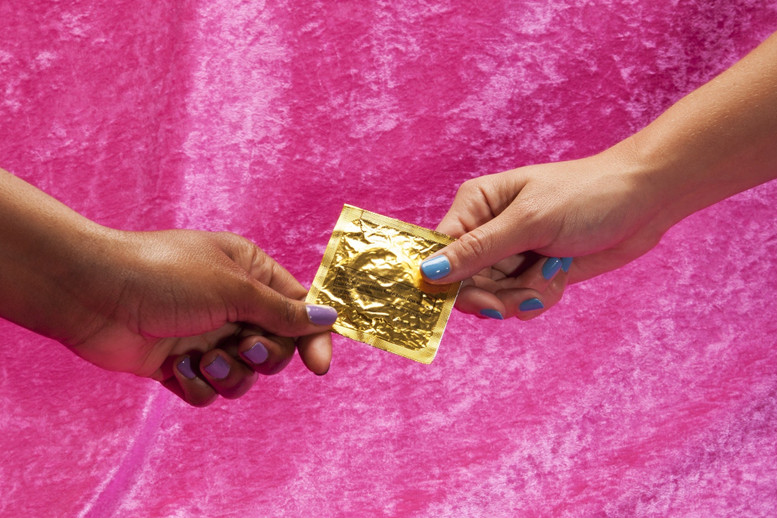 Condoms are not a new invention but there is an increasing trend in the condom market to make promotional condoms or printed condoms or novelty condoms. There are a couple of reasons why this is popular and also, why it could be a good idea. First off, printing a comic line or witticism on a condom wrapper can help break the taboo associated with condoms. Second, if companies are using condoms to promote their organisation’s message and handing them out at events and conventions, then there are just more condoms in circulation which has to be a good thing.

What is a custom printed condom?

For those not in the know, a custom printed condom is a standard condom which has a specially printed wrapper – nothing happens or is changed when it comes to the actual condom inside the packet, in theory. The foil that wraps the condom is overprinted with a logo, message or slogan before the condom is packed and sealed inside it. The American company, RipNRoll Inc, have been a big player in the custom condom market, these are some of their offerings:-

Are promotional condoms safe for the consumer?

Well, that depends on where you buy them from. Companies bulk ordering for promotional purposes normally use reputable and safe condom manufacturers so if you find yourself being handed a free condom by the likes of Burger King then it is likely that the condom has been made safely. The trouble comes if people buy condoms online because they just want a silly or funny message and don’t look beyond the wrapper at who has actually made the condom.

What kind of companies use custom condoms?

As more and more companies jump on the bandwagon, literally every type of company you can think of. Presenting a custom condom can be challenging if you want to go beyond just a logo as the print area is pretty small. Captioned as the business card no-one will want to throw away, less is definitely more when it comes to custom condom printing. Custom condoms are a big hit with people who will often show them to friends, family and colleagues – they have a real novelty value which is good for the user and good for the organisation who is advertising on the wrapper.

These are some of the slogans and taglines that RipNRoll have produced over the last few years and you can see that the shortest ones are usually the best:-

The advertising and marketing potential is evident from some of these great slogans and so much more desirable and niche than a standard business card or promotional campaign. Custom condoms can promote a company message, get people talking and really do demand attention. And there is also the kudos that the organisation or company receive from the broader message that they are promoting sexual safety and helping to prevent the spread of disease. Double brownie points.

Custom condoms aren’t just for companies, individuals can commission them too and some companies have very small minimum order numbers, as low as six. The main thing with a custom condom whether you are the brains behind the idea or the recipient of the gift is to ensure that the condom is safe and manufactured to meet specific and known quality control standards.

How to check if your condom is safe?

A condom should not only be manufactured to comply with prescribed safety standards but it should be transported, sold and stored in a correct way to preserve its integrity.

Always buy your condoms from a legitimate seller and don’t buy just for the appearance of the packet or the logo or tagline, know the facts.