The latest technology to produce the 21st century condom 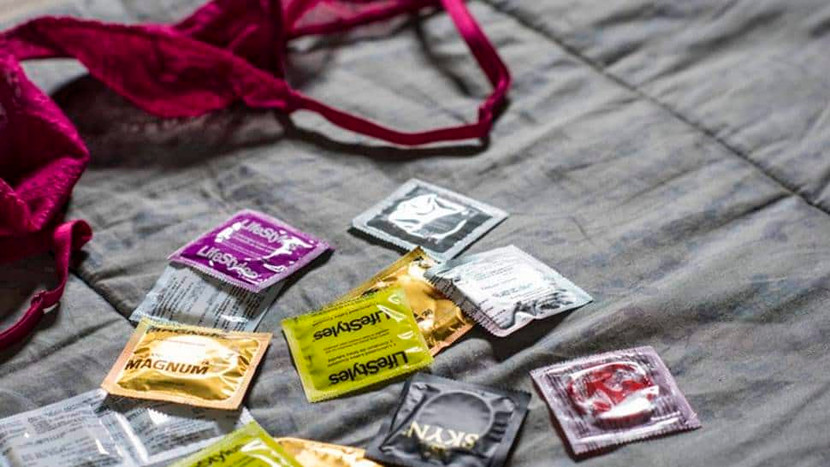 One of the biggest and arguably the most difficult issues to get around with the condom complainers is the fact that sensitivity is compromised and pleasure reduced.  But the safety requirement remains as high as ever so what are scientists developing to try and answer these age-old moans about condom wearing?

Scientists at the Texas A&M University Health Science Center have produced a new condom which will be lined with hydrogel which is water-based gel frequently used for healing cuts and minor wounds.  This gel will contain a chemical designed to kill the HIV virus should the condom split or tear.  Secondly, there will be an antioxidant which enhances the sexual pleasure of both parties by acting on neurotransmitters which stimulate the nerve endings.

These vary but there are some tried and trusted favourites:-

Traditionally, the perception is that it is the man who drags his feet when it comes to putting on a condom but that is not always the case.

For women, often the greatest fear is of unwanted pregnancy, that outweighs everything else.  If they have an IUD or are on the contraceptive pill then an irritating STI pales into insignificance compared to an unwanted child.

Women are also very conscious of what their partner thinks about them.  A request to use a condom whilst perfectly sensible could be viewed as a judgement of past sexual behaviours or previous relationships.

Some women find condoms actually quite painful usually because they have an allergy to latex or there is not enough lubrication present.  Such irritation can be really sore and uncomfortable and cause UTIs – Urinary Tract Infections – thrush and bacterial vaginosis.  It’s an easy one to solve.  Use unlubricated condoms and add plenty of your own lubricant – water or silicone-based.  Try out different condom brands as this can make a difference too.  Switch to polyurethane condoms as these are latex-free.

It’s always a good idea to set out the ground rules before the fun begins, then there is no disappointment or awkward misunderstandings.  Resistance to using condoms can be explored rationally away from the heat of the moment and the stress of the bedroom environment.  STIs and HIV are too serious to be ignored and are a totally separate conversation from the one you need to have about avoiding unwanted pregnancies.