The Best Romantic Comedies of All Time 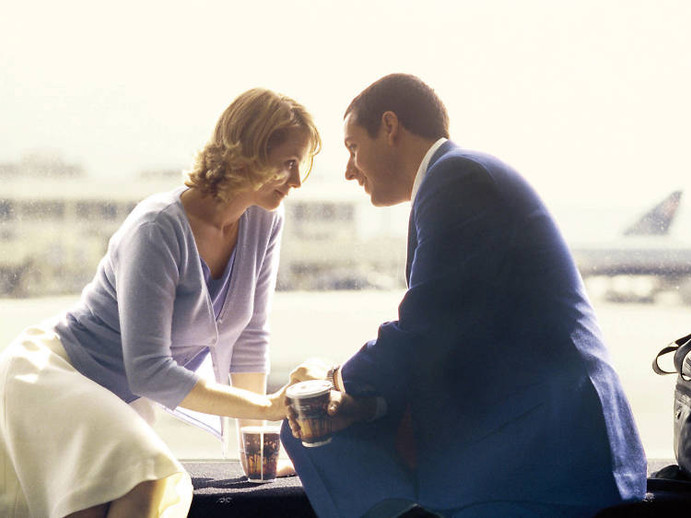 The Best Romantic Comedies of All Time

As we all know, romantic comedies are the best. They make us laugh, they make us cry, and they remind us of what it feels like to be in love. Whether you're looking for a classic like When Harry Met Sally or something more modern like The Big Sick, there's a romantic comedy out there for everyone.

To help you find the perfect film for your next date night, we've compiled a list of the best romantic comedies of all time. From timeless classics to hidden gems, these movies are guaranteed to make you laugh, cry, and feel all the feels.

It all begins with a meet-cute, of course. When Harry (Billy Crystal) and Sally (Meg Ryan) first cross paths, they can't stand each other. But as they keep running into each other over the years, they slowly develop a close friendship. And then, one day, they wake up and realize they're in love. It's the perfect romantic comedy formula, and it's executed perfectly in this classic film. If you're looking for a classic romantic comedy that will make you laugh and cry - When Harry Met Sally is a perfect choice.

This film tells the true story of Kumail Nanjiani and Emily V. Gordon, who fell in love and wrote this film together. The Big Sick is funny, heartwarming, and provides a refreshing look at what it's like to be in an interracial relationship. It's also one of the most accurate depictions of what it's like to date someone with a chronic illness. If you're looking for a romantic comedy that's both funny and thought-provoking, The Big Sick is a must-watch.

This film follows the story of Pat Solitano (Bradley Cooper), a man with bipolar disorder who is fresh out of a eight-month stay in a mental institution. When he moves back in with his parents, he meets Tiffany (Jennifer Lawrence), a woman with her own problems. Despite their many flaws, they fall in love and help each other learn to live again. If you're looking for a romantic comedy that deals with heavy topics like mental illness, Silver Linings Playbook is a great choice.

Julia Roberts stars as Hollywood superstar Anna Scott, who meets bookshop owner William Thacker (Hugh Grant) by chance when she takes shelter from the paparazzi in his shop. Despite their many differences, they fall in love and embark on a whirlwind romance. If you're looking for a romantic comedy that will make you laugh and swoon, Notting Hill is the perfect film.

After his wife dies, Sam Baldwin (Tom Hanks) moves to Seattle with his son Jonah (Ross Malinger). When Jonah calls into a radio show and tells the host that his dad is lonely, hundreds of women start sending letters to Sam in the hope of winning his heart. But it's only when he meets Annie Reed (Meg Ryan) that he finally starts to heal. If you're looking for a romantic comedy with a touch of nostalgia, Sleepless in Seattle is the perfect film.

Tom Hanks and Meg Ryan star in this classic romantic comedy about two people who fall in love via email, without ever meeting in person. If you're looking for a charming and funny rom-com, You've Got Mail is the perfect choice.

Julia Roberts stars as Vivian Ward, a prostituite who is hired by businessman Edward Lewis (Richard Gere) to be his escort for several business functions. Over the course of their time together, they develop feelings for each other and Edward starts to see Vivian as more than just a pretty face. If you're looking for a romantic comedy with great chemistry between the two leads, Pretty Woman is a must-watch.

This classic fairy tale is given a comedic twist in this beloved film. When Buttercup (Robin Wright) is kidnapped and taken to another country, her one true love Westley (Cary Elwes) sets out to rescue her. Along the way, he encounters pirates, swordsmen, and more in this action-packed romantic comedy. If you're looking for a lighthearted and fun rom-com, The Princess Bride is the perfect choice.

Sandra Bullock stars as Lucy Moderatz, a woman who saves the life of Peter Callaghan (Peter Gallagher) and is mistaken for his fiancée. When she goes along with the charade, she finds herself falling for his family and friends. If you're looking for a romantic comedy that will make you laugh and cry, While You Were Sleeping is a great choice.

Molly Ringwald stars as Andie Walsh, a girl from the wrong side of the tracks who falls for rich preppie Blane McDonough (Andrew McCarthy). Despite their differences, they pursue a relationship which leads to conflict with Andie's best friend Duckie (Jon Cryer). If you're looking for an '80s classic romantic comedy, Pretty in Pink is the perfect film.

This charming romantic comedy follows two women who swap homes for the holidays in an effort to get away from their dysfunctional love lives. Amanda Woods (Cameron Diaz) is a successful movie trailer editor who is struggling to get over her cheating ex-boyfriend. Iris Simpkins (Kate Winslet) is a British woman who has been jilted by her fiancé just days before their wedding. When they meet online, they decide to switch homes for two weeks in order to escape their problems. But when Amanda arrives in England, she discovers that Iris' life is not as perfect as it seems. And when Iris comes to Los Angeles, she learns that Amanda's ex is not the only man with secrets. If you're looking for a romantic comedy with a star-studded cast, The Holiday is the perfect film.

What are your favourite romantic comedies? Let us know by tweeting us!