How do different cultures date? 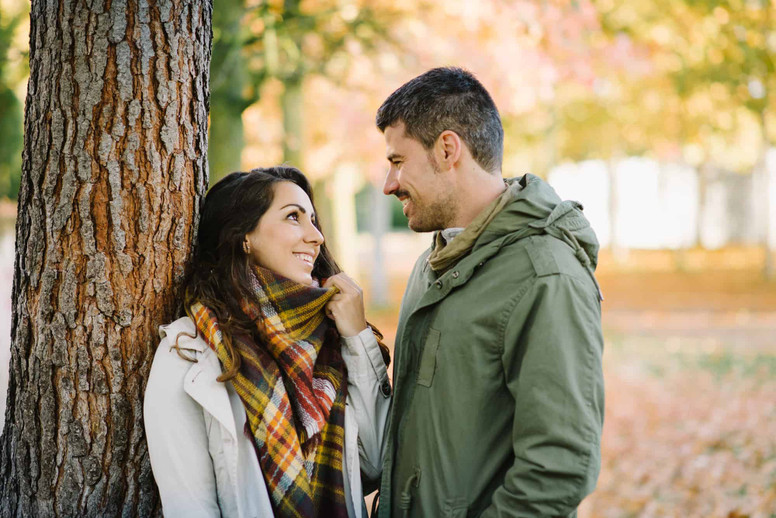 In a world where multi-cultural dating is now a universally done thing, one must also pose the question of how different cultures actually date and what the dating mannerisms are like.

I personally remember when I was a lot younger and naïve to the world when I thought that across-culture dating would be tough, or even borderline destined to fail. I mean, what would one expect when dating someone from a different culture? Could those two cultures collide in ways that would cause a relationship to implode?

Alas, that was younger me, since then, I have become more culturally aware and have dated women of a broad cultural landscape. For me, culture adds a story to someone, a heritage, something that I can nose-dive into to discover more (I’m a travelling nomad with a voracious appetite for fact-finding, what can I say?) – let’s just say I’ve dated my fair share.

So, what led me to write this article? I was sat having a beer the other day with a friend who exclaimed (quite randomly) “What’s it like dating a German girl?” to which I replied with an extremely well-detailed account of what I’ve found within German dating culture. I’m not saying I’m an expert here, but here’s the dating manners I’ve found across varying countries.

The USA is already a pretty culturally diverse place itself, part dependent on which part of the United States you’re in. Some parts like the South are a lot more conservative when it comes to dating whereas there are other more liberal states that are invariably more casual (think California).

Generally, my experience with dating American women is that they’re a lot more sexually liberal and more open to having fun than getting serious straight away. Most first dates will be at a bar, club or restaurant and an enormous number of dates are ignited through dating apps (yes, the swipe right one).

In the US it’s perfectly normal for a girl to initiate dates, I find the women to be extremely open-minded (at least the ones that I’ve met have been) and marriage certainly isn’t their primary objective from the outset.

Having sex with someone isn’t necessarily considered commitment, either. In fact, what normally happens is that you’re not officially dating until you’ve actually had the conversation of being exclusive. In the US, you might hear the following (and many get confused) between ‘dating’ and ‘hooking up’. Dating is that you’ve had the conversation, hooking up is that you’ve just had what we call in the UK a ‘one night stand’ – it’s certainly worth noting this before you go telling a girl you’ve hooked up with that you love her – she’ll be pretty creeped out.

The US dating scene I would say is definitely suited to those who are open-minded and are looking for a great time – honestly, it’s pretty hard to beat.

Being a British gentleman myself, I’ve heard many stories of what people think the UK dating scene is like – and I can tell you – most people don’t have a clue.

If you think you’re going to get a Mr Darcy experience and Prince Charming chivalry, broadly speaking, you won’t (sorry). UK dating is much like US dating. Again, it’s very liberal and most first dates will be held at our favourite place on earth – a pub, involve a lot of drinking and then maybe some casual sex at the end.

Remember, I am broadly speaking here, so this isn’t the case in all cases, but for the most part, that’s what the UK dating scene looks like. Appealing, huh ladies?

My ex-girlfriend was German, so I can tell you a bit about the culture here with fair conviction – and I gotta say – I love it. You see, dating in Germany takes a bit of time, there’s a bit of a slower burn there and I am a sucker for the chase. Unlike other cultures that are comfortable with idea of meeting a stranger an hour or so before an actual date takes place, Germans prefer to take their time. Germans tend to meet people through their trusted social circles where they can gradually get to know someone before building any type of intimate relationship.

The above is one of the main reasons that online dating took so long to catch on in Germany – it was simply a purely new concept that a lot of German people just weren’t comfortable with. What I liked about dating in Germany is that whatever you formed with a partner was sincere, there was a whole lot of work to do to build trust and believe me, dating a German woman means exclusivity – they become very territorial, which is by all accounts quite comforting when you’re used to the UK and US culture.

You need to be punctual to your dates too – German women are notoriously on-time for any meets that they agree to, and you shouldn’t be late without a damn good reason. I found this out the hard way with an instant cold shoulder when 10 minutes late to my date – but she did forgive in the end – worth noting, though.

The only other dating culture that I can confidently comment on is Japanese culture. Like many Asian cultures, dating certainly isn’t taken lightly – nor is it at the forefront of people’s minds until later on in life. The Japanese culture in dating can also be extremely strained as there’s a lot that’s taken into account from a societal standpoint. Things like financial stability, career, commitments and education are all held in extremely high regard when you’re looking for a potential partner.

First dates are also normally completely different to the Western world, and I found this out at what is called a ‘Goukon’ (a group meeting – you must get their peers approval).

Things like public displays of affection are actually frowned upon too – normally the most you can expect is a hug – and even that could appear quite stiff.

Dating in Japan for me was an eye-opening experience but one that I would never retract (I now have an amazing friend out of it, so I wouldn’t possibly) – but I can say that it’s not for the faint-hearted and if you’re looking for a one-night stand, forget about it.

Dating is held in the regard of ‘this is my prospect marriage partner’ – in fact, many couples don’t even start their relationship until they say I love you and that’s a big step for anyone (and was for me)

After all of this though and when you are in a relationship with someone Japanese, you’ll be extremely happy you went through all of the exhausting dating processes to get there. Japanese women are extremely loyal, they can be incredibly fun to be with and what’s more, the general Japanese culture and language is fantastic to learn.

Good luck to whichever culture you decide to date.