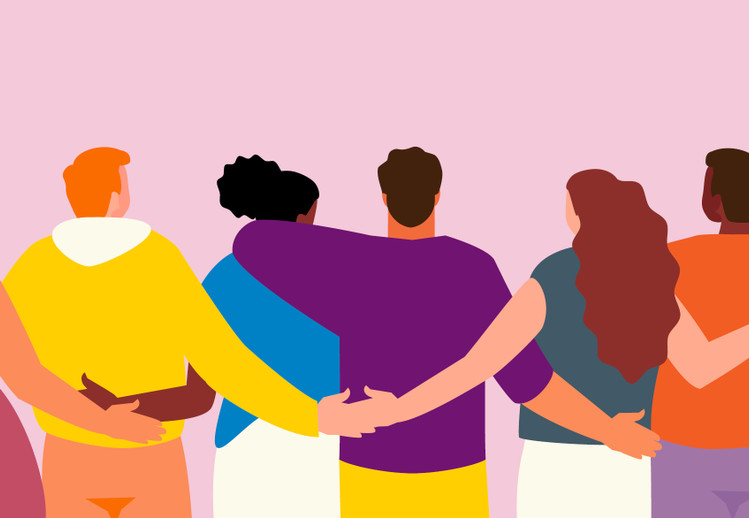 This is an issue which has exploded recently, there’s no better way to put it. Children as young as 7 are coming forwards to say that they identify with a different gender to the one they were assigned to at birth. And whilst this is definitely a positive thing, speaking out about your feelings should always be encouraged, it also holds risks for young people that they might not be aware of. Changing your gender involves a lot of thought, therapy, psychiatric assessment, psychotherapy – it isn’t something that you can just stroll into a doctor’s office and request. Going forward with hormone treatment can be a challenging thing, not to mention the ultimate operation – gender reassignment surgery.

And that’s where cautionary tales start to creep in. Once you reach a certain level of hormone treatment, it can’t be reversed, so effectively you’re stuck with your choice, confused or not. Even people who are 100% certain that they are the wrong gender sometimes shy away from having all of this surgery because it removes too much of them as a person. Sexual satisfaction is one compelling factor not to do it, and the reproductive consequences as well. No transwoman who has had the full surgery can carry a child, and no transman can father a child. This is why lots of people choose to have their breasts removed, but the bottom half left well alone, and conversely, transwomen have breast construction surgery. Because if you have the full surgery that’s it, no going back.

What’s very worrying is that more and more young people and children are presenting with gender uncertainty – and not receiving the necessary counselling, which means that life-changing decisions are being made at a very young age. Right or wrong? The jury’s out on this one – on the one hand, if a person (even a young person) is absolutely certain that they want to change gender, then who are we to refuse them? But the flip side here is that are we failing them by allowing them to go full steam ahead with major surgery without proper support? They might be certain that’s what they want – but it might not be the best thing for them. This is a complex topic and sometimes best explored by looking at those who have the actual experience of what we’re talking about.

I saw that it wasn’t being female that was stopping me from being myself; it was society’s perpetual oppression of women

When I was a little girl living in the Midlands, I used to say, “When I grow up, I want to be a boy.” I even used to wee standing up. I loved playing football, but when I was about seven my friends said I had to stop because I was a girl. I told them I didn’t see what difference that made, and one of them pulled his shorts down and showed me. A sickening feeling washed over me: something about me, and my body, was wrong.

These feelings became more powerful as I grew older. When I saw my chest changing I was horrified; I developed an eating disorder to try to delay puberty, cut my hair short and started binding my chest. I was depressed and tried to kill myself. At 14, I was admitted to a psychiatric hospital for a couple of months.

My parents were stunned, and tried to convince me to start embracing life as a woman. They arranged for someone to teach me how to apply makeup, hoping that if I learned to look more like other girls, I would feel more like them.

It wasn’t until I was 15 that I found out about transitioning. Everything fell into place: this was who I was. I realised I could have the body I wanted. When I went to my GP, aged 17, I was told I was too old to refer to children’s services and too young to be seen as an adult; I didn’t get my first appointment until three months after my 18th birthday.

After months of waiting and appointments, none of which included counselling, I finally started on testosterone gel, later switching to injections. It was a huge thing when, at university, my voice broke, and my figure started changing: my hips narrowed, my shoulders broadened. It felt right. Passing as a man, I felt safer in public places, I was taken more seriously when I spoke, and I felt more confident.

Then I had chest surgery. It was botched and I was left with terrible scarring; I was traumatised. For the first time, I asked myself, “What am I doing?” I delayed the next steps of hysterectomy and lower surgery, after looking into phalloplasty and realising that I was going to need an operation every 10 years to replace the erectile device. Trans issues were starting to be written about in the media, and I understood that people would always be able to recognise me as having transitioned. I just wanted to be male, but I was always going to be trans.

At the same time, there was a significant change in how I felt about my gender. Reflecting on the difference in how I was treated when people saw me as a man, I realised other women were also held back by this. I had assumed the problem was in my body. Now I saw that it wasn’t being female that was stopping me from being myself; it was society’s perpetual oppression of women. Once I realised this, I gradually came to the conclusion that I had to detransition.

I have come off testosterone and, as my body has resumed production of its own hormones, I have become someone female who looks like a man. I will always have a broken voice and will never regrow breasts, but my hips and thighs are getting bigger. Being male was more comfortable for me, but remaining on hormones means I would have continued to focus on my body as the problem – when I don’t believe it belongs there. What feels easiest isn’t always what’s right.

I made the best possible decision in poisoned circumstances, and if I hadn’t had treatment when I did, I might not be alive. But I do feel very sad when I think of my fertility: I want to be a parent one day, but it’s likely that being on testosterone has made that more difficult. I’m now in my late 20s and won’t know until I try to have children.

I feel happy for those people transition has helped, but I think there should be more emphasis on counselling, and that it should be seen as the last resort. Had that been the case for me, I might not have transitioned. I was so focused on trying to change my gender, I never stopped to think about what gender meant. Ultimately, I feel hopeful for the future. I’ve seen that I have an immense capacity to change and grow, even in very difficult circumstances. That is who I am.”