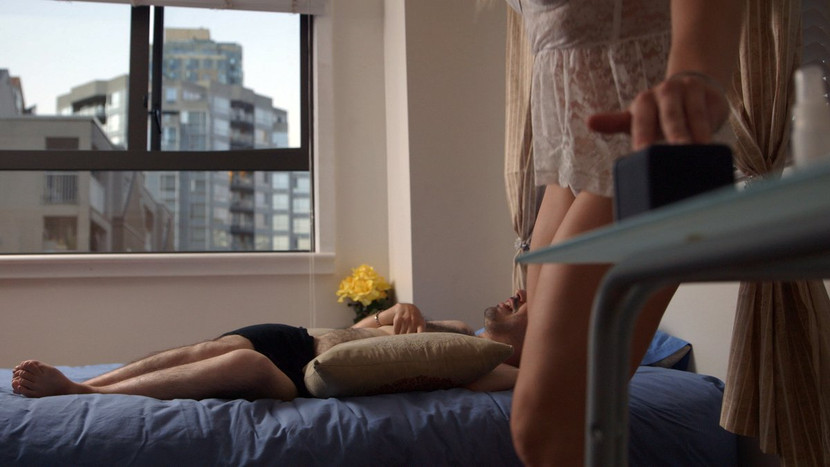 Most people who choose to be sexually active take it for granted that they can do it. Even if the option isn’t available immediately, it’s assumed that sexual intercourse, and other sexual behaviours, can be indulged as and when the opportunity arises. But what happens if you want to have sex, but you, but physical difficulties make it you all but incapable of finding a partner? Or if mental health prevents you from finding someone? Do you just have to resign yourself to a sexless life? Happily, the answer is no.

What sort of disabilities are we talking about here?

Anything which has a significant impact on that person’s ability to move into certain positions, meaning that sexual intercourse is either not possible, or very difficult to achieve. Issues like any neuromuscular disease, which describes an all-over physical weakness, or quadriplegia, or cerebal palsy. There isn’t a defined list.

We’re all familiar with the concept of paying for sex, it’s known as the ‘world’s oldest profession’. But paying to have sex with normal sex workers isn’t a good idea for some people, and they need something a bit more tailored to them and their lives and their emotional needs. A sex worker who just comes in and does the physical act, then leaves, can make that person feel like they’ve just been ‘serviced’. Which is why people known as ‘sex facilitators’ exist. These are people who have specific experience in having sex with disabled people, being able to look after them emotionally, as well as physically. It’s perfectly possible to develop a passionate, close relationship with someone, but still feel that without sex, something is lacking. And that’s a perfectly valid feeling. Simple touch and closeness might be enough for some because there are other ways of sexual expression, but for others only vaginal intercourse will satisfy them. Sex toys are another option, but lots of neuro-diverse people find that they simply aren’t enough.

So then the idea of asking a PCA (personal care assistant) might crop up in conversation. After all, a person with a significant physical disability will almost undoubtedly need some degree of personal care, and it might seem preferable to ask someone you know, rather than a complete stranger. But – there are obstacles to this. It’s not their job, being the first one. Does that make it unfair to ask them? Perhaps in some cases. Or maybe the potential day to day awkwardness is too much of an issue, making the relationship between carer and patient difficult going forwards.

This is often uncharted territory for disabled couples. Some people might be more comfortable with the idea of seeking professional help in the bedroom than others. If they’ve been disabled since birth, or for a long time, then they might be more inclined to accept help in the bedroom by hiring a sex ‘facilitator’. But if someone has been relatively recently left disabled, the idea might seem a cold and ‘robotic’ one. Especially if the PCA puts on rubber gloves or something! Can you imagine?! The degree of help needed might vary too, from something as simple as putting on a condom, to extensive help with positioning.

What options are there for having ‘medically assisted sex’?

As we’ve already covered above, some people might feel comfortable asking their PCA for an extra bit of help, more the devil you know, etc., and some might prefer a stranger to take the role, someone you need never see again if you don’t want to. If this sounds like something appealing, a typical search term would be ‘sexual services for people with disabilities’. It’s the last word which makes this search different to other, more general ones, and the people that pop up might be known as clinical sexologists, or intimacy coaches, or both.

Does it have to be sexual intercourse assistance?

No. These people are trained to provide all sorts of services, from sex education, or relationship coaching, right through to something more intimate. There are no hard and fast rules, the whole experience can be in-depth, or more superficial.