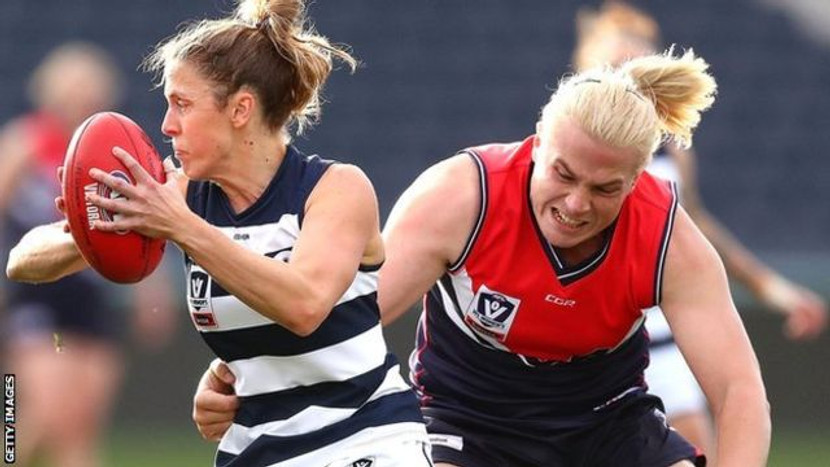 The eyes of the world right now are focused on the 2021 Olympic Games in Japan. There are 33 sports and 46 disciplines, with an estimated 14,000 athletes taking part. It’s all sport, sport, sport at the moment! The Olympics are never without their dramas – you can’t compete on a world stage and not expect some hiccups – but there’s a new issue that has slowly, but surely, making its way into the picture of sport as we know it now. An issue that threatens to change the face of competition forever.

Since time immemorial, men have been men and women have been women, right? Divided by their physical differences which place them into one category or another. People are born either male or female, that’s an absolute fact, but these days changing gender is being seen more and more often. Which is obviously a good thing because it makes our society ever more inclusive. But there’s a few sticking points that aren’t necessarily positive ones, and one of these is transgender women competing in women’s sport. It’s physiologically obvious that there are differences between male and female bodies, and this is where opinions divide about who should be allowed to compete in what category. One of the biggest issues is transgender women taking part in women’s sports – and it’s becoming an even bigger one day by day at the moment, because of the Olympics, but in the UK there are only 200,000 – 500,000 transgender people, which accounts for between 0.3 and 0.75% of our total population.

Rachel McKinnon is a 36 year old Canadian national who claimed victory in the UCI Masters Track World Championship. Since that victory however, she says she’s received more than 100,000 hate messages on Twitter from people who think she shouldn’t be allowed to compete because she was born biologically male. Jen Wagner-Assali achieved third place and called the competition “unfair”, there are now renewed calls for the international body of cycling to change their rules. The most extreme views say that the current situation is ‘threatening the participation of women in sport’. ‘Sensationalist’ and ‘transphobic’ are words being bandied around as well, there is some serious conflict going on here, but who’s in the right? Is there even a ‘right’? It’s a very sensitive issue and changes people’s perception of gender in sport. This has never happened before, it’s a very new challenge in the greater scheme of things and it calls into question the fundamental rights of athletes to participate in sport.

Those against transgender women being allowed to compete in women’s sport say that it’s simply not right to have people competing who have a male body because men are typically bigger, faster and stronger than women. They also have the hormone testosterone which is present in the male body from birth, it’s not something that can be removed, and that gives a boost to physical ability.

Those in favour point out that there are physical changes after transitioning, testosterone blockers are taken and the female hormone oestrogen is given. Strength, speed and muscle mass are all reduced and there’s a limit to how much testosterone you can have in the body. McKinnon, for example, says that her power output is “dead centre average for women”.

Does a bigger body equal a bigger chance of winning?

It might seem that way, but when you actually look at it, it’s not always a positive thing, that much is true. Hannah Mouncey competes for Australian Women’s Handball team, but she is banned from being nominated for the Australia Rules b/c of her substantially different physique to the rest of the team. She stands a clear foot or so taller than the rest of her teammates.

But being heavy is often not an advantage, which makes complete sense, because so many sports rely on swift movement, speed and endurance and being heavier will automatically put someone at a disadvantage, however minute. It’s empirically obvious that it’s harder to compete with a heavier body.

Who knows…..? What is for certain is that something will happen because this issue isn’t going away. Might the answer lie in having exact parameters to be met for individual sports and disciplines? Or does the world of sport just need to raise awareness of this issue so more people have access to the facts and have informed views, not ones that are based on perception rather than the reality? And where should the line be drawn between being eligible for women’s sports and not being? Having a clear boundary would give reassurance to ALL athletes that their interests are being looked after. In the meantime? Well, there will be progress, even if it is at a glacial pace!