Blood On The Streets 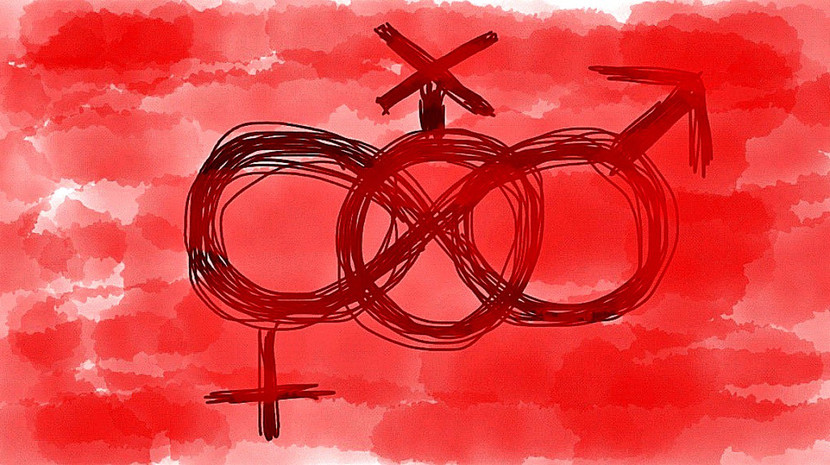 For most women of child-bearing age, menstruation is a fact of life. It happens around once every 28 days, though both longer and shorter cycles are common, what is normal for one woman may not be for another and vice versa. Mother Nature needs about 5-7 days on average to do her thing, and then it goes away until the next month. Most of us don’t have to even think about it too much. But what about those who don’t have regular access to bathrooms? What about women who simply cannot afford the sanitary protection that they need? What about those women who are homeless and for whom hygiene can be a major issue? Under these circumstances, having your period is not simply a few days of slight inconvenience – it’s a few days of worry, embarrassment and suffering. ‘Period Poverty’ across the UK is on the increase, affecting teenagers and women alike. But the toughest test comes for those who have the toughest life. With no home to go to, or a bathroom they can use as and when, there are very few solutions available to something that can’t be avoided. Statistics show that in London alone, there are almost 2000 women sleeping rough on the streets, and that’s a lot of people needing products that they can’t easily obtain.

What do women need?

There are multiple choices of sanitary wear on the market, tampons for light, regular and heavy flow and sanitary towels designed to suit your particular period and most of us take these choices for granted. But the homeless don’t have access to these options, they can only improvise, and they are forced to use whatever is available to them.

Bleeding on the street

The homeless women on the streets of London have admitted to stealing san-pro where they can and to be honest, there probably aren’t many people who would judge too harshly for this crime. Other desperate measures include going into public bathrooms and taking cloths to rip up into rags to use or taking wads and wads of hand towels to stuff into their knickers – how is this even happening in 2020?! Using socks and other bits of clothing are also popular ways to provide a temporary solution, but with no reliable access to washing facilities, this creates a hygiene problem at the same time as solving one. And if this sounds familiar to you then it’s probably because this is the way that women dealt with their monthly bleeding centuries ago, before modern society had developed. The trouble is that we aren’t living in centuries past any more and modern society is very much upon us. These are outdated means should not have a place in the 21st century, not for anyone.

Not all periods are straightforward either. Women can suffer multiple problems which can exacerbate an already difficult situation. These range from having very heavy periods requiring a large amount of protection and then there are also those women who have things like polycystic ovaries and fibroids to contend with, making a hard life even harder. Any form of abnormal uterine bleeding means a far bigger problem for homeless women.

It’s important here to mention hygiene again. Unprotected periods cause damage and staining to clothes which women may be forced to continue wearing. Imagine that, imagine having a leak on your jeans and having no way to wash it out so you just have to leave it. Along with hygiene comes humiliation.

And the sum total of this is that homeless women are suffering unnecessarily from being unable to obtain essential products. So, what’s being done about it? What more can be done about it? Sadly, no major moves forward can be made because the government are simply not listening. These four petitions below have been put to Parliament, with the same disappointing outcome:

‘Make tampons and pads free of charge for women’ - REJECTED

There was one petition however that slipped through their protective net, and the cynical amongst us might thinks it’s due to the slight change of word - ‘females’ rather than ‘women’.

This petition got 64,016 signatures before it was closed, but the Government’s curt response was disappointing in the extreme:

“The Government has no plans to make feminine hygiene products available free.”

Luckily, there are three specific charities which are championing this cause and which you can support: the Trussel Trust, The Homeless Period and Bodyform. Foodbanks and shelters are also giving out san-pro where they can, relying entirely on public donations. It’s a sad fact that shelters receive an allowance for condoms, but not for sanitary towels and tampons. So, it’s only by encouraging more donations from those who can that this problem can be eased – in the short term anyway. The future may be looking slightly brighter. Scotland has emerged as a trail blazer with a Members Bill being launched shortly to prevent period poverty and ensure reliable access to sanitary protection for those who need it, and who knows? Maybe the UK will start to see the unfairness and inequality in providing free contraceptive protection, but not for dealing with the consequences of using said protection.

Menstruation is not a choice. Neither should providing free, adequate san-pro for those who need it be either.