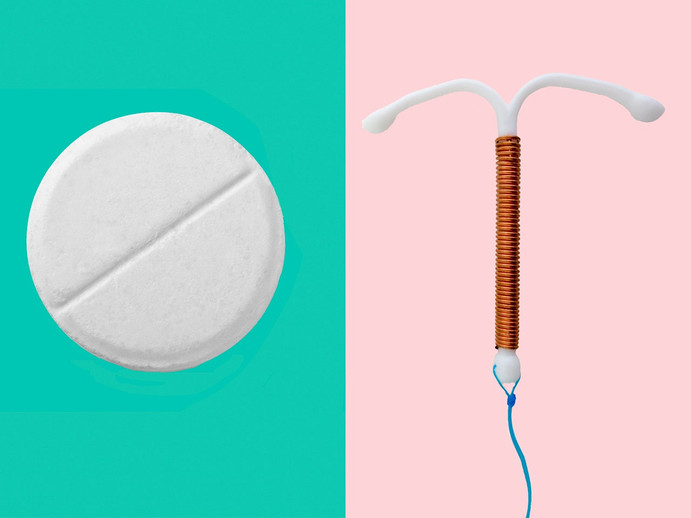 Sex is great, but if you’re not planning to get pregnant and you want to be super cautious about STI risk, then you’re looking at having some form of reliable contraception. Our bodies will always strive to do what they made to do so we have to thwart them, and that’s exactly what contraception was designed for.

Millions of years ago our ancestors were putting a lot of effort into inventing condoms and coming up with techniques for keeping a ‘sheath’ on the penis, this isn’t a new idea. But as a female, if you want to take responsibility for that side of things then it’s good to know that you have options. And indeed you do, enough to pick from that you can find something which is suitable for your body – and your life. Some women are just not going to remember to take a pill at the same time every day. If you’re not sure which way to go, then here’s a guide as to what’s out there for you.

Where do I start?

First of all, different contraceptives work in different ways: a vaginal ring, or the combined pill, work through hormones to stop ovulation and thicken the mucus at the neck of the womb to make it that bit harder for any intrepid sperm to get to – and fertilise – the egg. Then there’s non-hormonal options: both male and female condoms, a copper coil, natural family planning and sterilisation as a permanent option. The success rates you’re looking at with these different types are:

Obviously the male condom is the market leader when it comes to non-hormonal, barrier contraceptives. We all know the virtues of the little things, but it’s still worth pointing out what is fairly obvious – they are the only form of protection that protects against both pregnancy and STIs. There, we said it. Condoms are worth their weight in gold. And with the advent of the female condom it doesn’t always have to be the man taking charge. These female versions have been honed and refined over recent years to make them easier and safer to use so if you haven’t looked at these before, then it might be worth doing so now. Just a thought. Some male condoms have even been given a little tweak with female pleasure in mind – pre-lubrication and ribbing are two things that leap out at us. If you’re looking for a non-hormonal method then condoms really have it all.

If you’ve decided that your baby-making days are over and you’re in a long term relationship where STI risk is minimal or non-existent, then it might be that a permanent solution could be best. This can be achieved in one of two ways:

If you’re just biding time, contraceptively-speaking, then one of the more well-known methods might be the one for you:

It’s a little known fact, but you don’t actually have to have a withdrawal bleed from the pill/ring. It was designed to mimic a natural menstrual cycle to make women feel ‘normal’ by having a period. There’s no physiological reason why that needs to happen. In fact, with the POP you don’t need to have a break for weeks or months if you don’t want to. Every 63 days is a perfectly valid option but there are varying times for you to choose from.

If you do go for a hormone one then it’s important to seek professional medical advice because there are certain side effects to watch out for and it won’t be the right solution for every woman. Also bear in mind that there’s no STI protection, so if you’re worried about that then condoms are a must.

It’s important to realise from the start that this is not one of the most reliable methods of contraception. If you’re considering this, then you must speak to your GP for their advice before you rely on it. It essentially works by tracking your cycle to recognise your fertile period when you are most at risk of becoming pregnant. These days you don’t have to rely on a calendar and a red pen, there are apps you can download for free that do the hard work for you. It’s just left for you to monitor certain signs that your body produces, usually by taking a daily body temperature, noting your cycle length and changes in cervical mucus. But again, for complete protection you’re going to need a condom.

If you’re unsure which method might be the right one for you, then it’s best to speak to your GP or sexual health nurse for their expert advice and guidance.