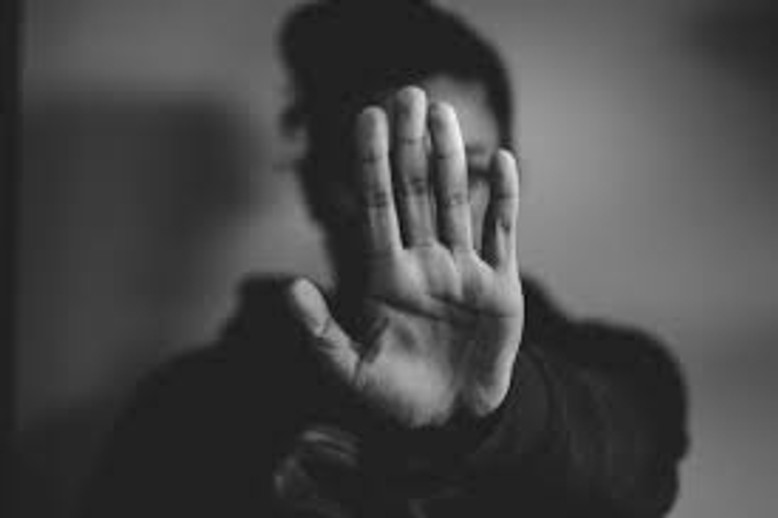 Safe words are exactly as they sound – they’re designed to keep you protected if something happens and it’s something that you may not wish to continue. Applying mainly to sex, they’re a brilliant concept to keep you feeling safe and in control, which is vital for enjoying bedroom fun. Having total trust in your partner (or partners!) is something which cannot be underestimated, especially in light of the confusion over consent. Once implied, if not spoken, men especially have to play it ultra-safe and get specific consent now to avoid being labelled as a sexual predator. However, this area also has another aspect and that’s ‘danger words’.

These are…..like…..the opposite, right? That is exactly so, and the beauty of this concept is that it’s a simple, instant way to say no or to express what you want to start doing. Safe words have been around forever and they’re a must if you want to push boundaries with your partner and explore each other’s most personal thoughts, or take things further than ever before. As above, safe words represent one of the core elements of sex – consent. This is why it’s vital to have your exit strategy planned if you need it; no one should carry on doing something that they’ve changed their minds about.

What does a safe word do?

In a nutshell – it’s designed to take you, quite literally, to safety. If you’re planning to change things up in the bedroom and try out something very different to what you’ve done before, or something more extreme, then you should have a conversation with your partner beforehand to decide on a word or phrase which means “Hey, I’m not comfortable with this now, you need to stop.” It’s very important to discuss the concept fully with your partner so that you’re both guaranteed to be on the same page when it comes to the bedroom and you can relax in the knowledge that you have all bases covered. They’re especially important if you want to incorporate the words ‘No’ and ‘Stop’ into your bedroom play, but without meaning them, as part of something like role play.

The word you pick doesn’t need to be overly complex, but it does need to be a word which stands out enough to be instantly recognisable, but equally not part of everyday conversation. The place name of where you met, the place that you had your first kiss or the name of your favourite restaurant are both along the lines that you should go down when deciding on your safe word. Make it memorable and you’ve cracked the concept - which means you can relax. After all, preparation is key to some many things, and sometimes to sex, too, so make sure that if you’re in need of protection, then it’s something that gets organised in advance.

What does a danger word do?

Discussing your innermost thoughts, feelings and desires with your partner should be par for the course in a committed, loving relationship. Enjoying that aspect of your partnership, and having mutual satisfaction, will help to keep the whole thing afloat if or when things hit a rocky patch for whatever reason. Which is less likely if you’re sexually compatible. Safe words are one thing, but what on earth is a ‘danger word’? This is more easily explained through an example:

Imagine this: you’re sitting at work and thinking about your partner and perhaps the things you’d like to indulge in later. It’s a new idea, and something that you haven’t really tried so far, but along the same lines that you’re both familiar with, pops into your mind and you want to suggest this to your partner. In the spirit of the modern day, you can text, Facebook message, Whatsapp or Snapchat them to get your idea winging its way across to them. Perfect! After all, it might be easier for some to write these ideas down rather then discuss them face to face. Just saying.

But painstakingly typing out your ‘instructions’ is hardly in the spirit of the thing and by the time you finish your masterpiece of explanation, it’s quite likely to knock your libido down a peg or two.

So what are your other options? A ‘danger’ word is one, very good solution. After discussing ideas about certain things which are out of the norm for you both, you can attribute a word to a specific scenario. Like with a safe word, this is going to signal immediately what you want, when, where and how. Almost like a takeaway order. It saves awkward messaging or blush-inducing instructions face to face. It’s so that you both have a way of signalling what you would like to do without having to spell it out and as an added bonus it’s also a sure-fire to kick-start the antics. Again, it’s vitally important to choose a word which is immediately recognisable, but also not something that can be misconstrued or slip by unnoticed.

Safe words and danger words – a perfect way to bring your imagination into the bedroom and give in to your innermost desires.