Can my relationship recover from an emotional affair? 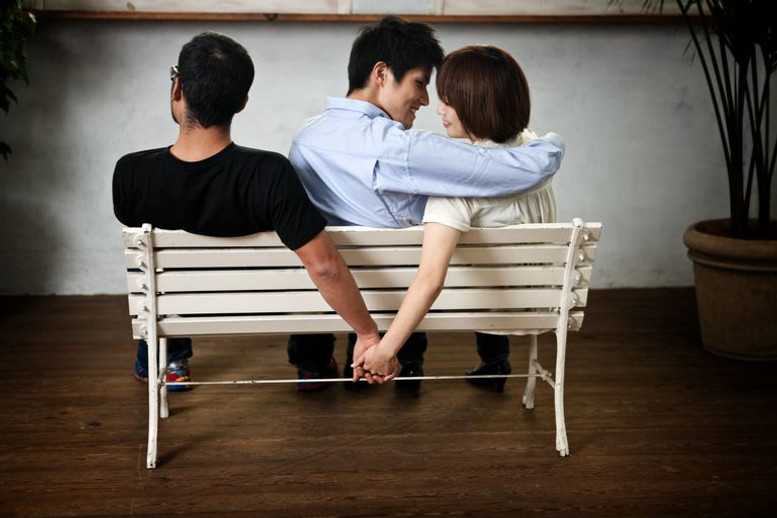 First things first, what defines an emotional affair? It’s certainly not as clear cut as a physical affair. With the latter it’s any sexual contact with another person who is not your partner, but the former can be a little bit different to identify. If we had to pin it down then it’s a relationship with another person where there is emotional intimacy, romantic feelings and probably sexual chemistry. Put like that, it’s worse than a physical affair, even though the relationship has not been physically consummated.

Despite this, the same levels of betrayal and breach of trust can be felt by your partner and reasonably so – it’s more damaging to think that your partner has been emotionally intimate with someone else because they’ve connected on a mental level and more of themselves is shared at this point. Physical satisfaction is far less complicated than emotional satisfaction. It’s also not something that springs up overnight, to get to that place takes time so it’s been a sort of commitment to another person, a recognition of what is happening and having taken no steps to stop it if it’s ended up as a full blown, emotional affair. The main focus of the betrayal lies in the fact that the feelings that should be reserved for a partner are being shared with someone else – and that’s about the crux of it.

Understanding emotional infidelity begins with an understanding of what true intimacy is. It can be defined as :

Emotional closeness is also a direct route to sexual closeness. If your mind has fused with someone else’s then it sort of goes without saying that you would expect your body to as well. It’s a natural thought process, but it’s also one that puts your main relationship into even more jeopardy.

Analysing the situation – is it what I think it is?

From the other person’s perspective, it’s sometimes difficult to realise when this emotional intimacy has left your relationship and shifted to one with someone else because – unlike with physical infidelity – there’s very unlikely to be one ‘lightbulb’ moment when you realise what’s going on. There’s no sudden discovery of knickers in the bed, no realisation that condoms have been bought even though as a couple you don’t use them, or maybe you do but they’re disappearing far more rapidly than they should. No little trinkets hidden at the back of the wardrobe that definitely aren’t for you. Finding proof of emotional involvement is going to require more than a one-off discovery, it’s going to be little bits and pieces that add up over time. It’s going to be realising that your partner is being very guarded with his phone, realising that he’s just a little bit later than he should be coming home from work, allowing an emotional distance to come between you, to turn off all affection towards you, leaving you feeling very alone. The other person takes over the role of being the one with whom everything is shared – emotions, experiences, perspectives, everything that comprises their personality and means that they are seeking out the other person. Secrecy is as much of a part in an emotional affair as with a physical one and so it’s still a threat to the essential trust that a relationship has to have.

Is there any hope that we can work this out and move forwards?

Perhaps surprisingly, there is good news and that is that there’s every chance your relationship can survive this. Honestly. It depends on a few factors and not least the willingness of both parties to rectify the situation, which is a big ask from the person who has been pushed aside in favour of another. And their partner has to be equally as committed and willing to share everything that has gone on and be open and honest about why. If you’re the jilted party and bringing this up to try and have an important conversation, it’s vital that your partner is equally involved. If he’s coming out with “It’s a just a friend,” or “Aren’t I allowed to have friends now?”, “No wonder I talk to someone else if you nag like this.”. Any and all of those responses are not acceptable and show that your partner is not committed to making this work, in which case there’s little hope for your relationship. You will both have to put the relationship above all else and if one partner feels insecure, the other one has to take it seriously. It’s not rocket science but the potential for minimising here is quite significant, especially if the infidelity isn’t recognised by the perpetrator, so be prepared to be tough in the face of their denial.

Acknowledging the harm caused is the first step to overcoming the issue. It might not be sexual, but it’s pull is just as powerful – and sex might even be on the cards. You’re going to have draw each other back into emotional intimacy and revive the bond that you’ve obviously shared in the past.

It also must be remembered that prevention is better than cure. Look for the signs that all may not be well (BOTH partners) and if something negative seems to be creeping into the relationship then it can be nipped in the bud before any damage is done.