Condoms and deforestation, is there a link? 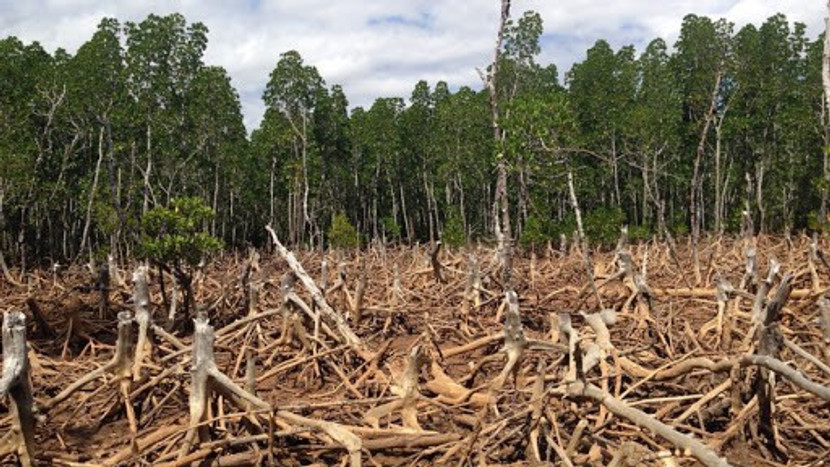 In 2008, the Brazilian government announced a revolutionary new programme to make condoms using environmentally sustainable rubber.  There were lots of triggers for this decision.  First amongst these is that Brazil, specifically the Government, is the largest single purchaser of condoms in the world.  Brazil imports around one billion condoms every year.  Well, we know they are a hot and fiery race of people not to mention sultry and beautiful but really?

Brazil’s government is involved in high profile advertising which targets at-risk groups.  Most recently, it has started to include condoms in its basic basket of goods which are distributed for free to low-income families who are sinking below the poverty line.  The government is well aware of the clear and indisputable link between poverty and family planning or should that be lack of.  Some of the difficulties have a lot to do with Brazil as a Catholic country; 64.6% of Brazilians declare themselves to be Catholics.  And so contraception is frowned upon and authorities face an uphill battle to change this.  By the same token, Brazil is also home to one of the world’s largest prostitution industries alongside sex trafficking so maybe now you understand why their government purchases so many condoms.

The Brazilian government is not frightened it seems of being either outspoken or unpopular with other governments and world organisations.  It has spoken out most vocally about the need for good sex education and contraception for teenagers, a statement President Lula made when the Pope was actually in Brazil on an official visit.  It has also created a stunningly effective anti-AIDS campaign which has curbed the potential disaster witnessed in other countries in the developing world, another serious bone of contention with the Catholic Church.  The Brazilian government even went so far as to illegally contravene the patents of American pharmaceutical companies to reduce the cost of anti-virals.  Brazil is all about upfront engagement with high-risk groups in society whether there are sex workers, the poor and the gay community to care for.  The Director of the Brazilian Aids programme has been very famously quoted as saying, “theological, fundamentalist and Shiite” in response to the US Government’s restrictions on a particularly essential medicine.  The Brazilian government has broken a drug patent on a medication called Efavirenz made by Merck & Co to enable them to import a generic version of the same product from India so that those who need the anti-viral can have unrestricted access to it.  The US Chamber of Commerce reacted very badly to this hence the war of words with the Director of the Aids programme.  The synthetic alternative from India saves the government billions and ensures that everyone can get access to the drugs that they need, saving countless lives.

In a similar vein, the Brazilian government announced in 2008, that it was going to start a new initiative to produce condoms using sustainable and environmentally friendly rubber which has numerous economic and environmental benefits.  First of all, it reduces reliance on imported products.  It also helps to preserve the planet’s largest area of the rain forest and, it provides jobs for local people.  A new factory has opened in the north-west of the country designed to produce 100 million condoms per year.  The latex is sourced from the Chico Mendes Reserve named after a famous environmentalist who was killed by ranchers in 1998.

The Chico Mendes Reserve came to prominence in 2016 when Brazil hosted the Olympic Games in Rio and famously handed out 9 million condoms around the city to protect people during the time that the Games were open.  The factory making these sustainable condoms is called Natex and is located deep in the rain forest near the border with Bolivia.  The condoms are made using rubber tapped from wild Amazon rubber trees, an ancient tradition and way of life for inhabitants of that region.  The reason it is sustainable is that the process of extracting the rubber doesn’t kill the trees.  But, it is more expensive than alternative oil-based synthetic products which is why this type of production had been forced out of business.  People want to buy cheap condoms and rubber tappers have suffered as a result.

The project is a huge tick as it is both environmentally and economically sustainable breathing life into poor rural communities and preserving the vital rain forest which Brazil knows is a cause of concern worldwide.  The project also provides a lifeline of income for between 500 and 600 families which relieve the temptation and pressure to cut down the trees in order to make some sort of living.  Resourcing the traditional trade of rubber tapping is one piece of the jigsaw to protect these trees from being felled.  The tree at the centre of all this fuss is the Seringueira rubber trees which stand at around 100 feet tall and produces a milky substance which is used to make natural rubber.

And other producers are following suit keen to jump on the green and ethical bandwagon.  A company called Treetap has patented a latex which is used for handbags and purses, a natural rubber produced on a fairtrade basis.  As for condoms, ‘Sexy Brazil’ is becoming a seriously established brand; Brazil is not frightened to trade on its reputation of passion, beauty and sexiness which is a ready association in the minds of many people and should prove to be a commercial winner.

Brazil really is something of a contradiction in terms.  Famed for its beautiful people and carnival lifestyle, it is a fusion of Catholic morals and rampant prostitution and sex trafficking.  Perhaps for these most diverse of reasons, it is a country which has had to work hard to promote condom usage to protect its citizens from STDs and HIV Aids.  It’s a clever solution, sustainable condoms which support both local communities and helps to protect the vulnerable rainforests.  It’s an example of very divergent needs coming together for the common good and the Brazilian government seems to be thick-skinned enough to shrug their shoulders in the face of opposition and condemnation from both the US government and the Catholic Church.