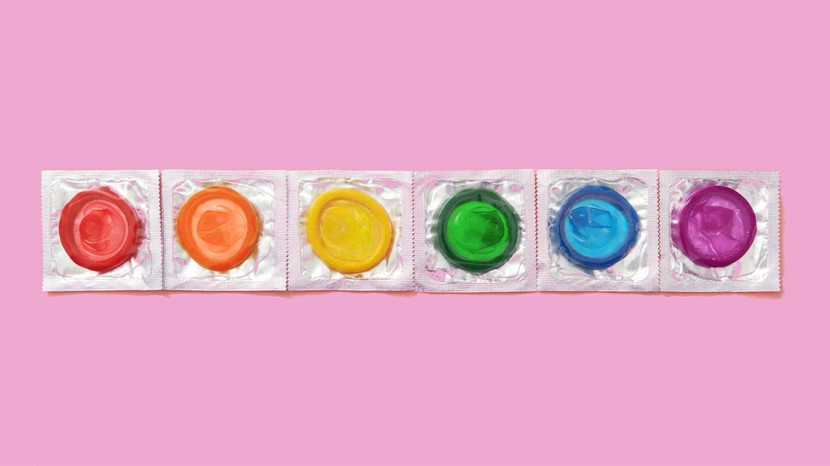 Quite naturally the best condom for the average man who is allergic to latex is not going to be the same condom as one for the average man who has no sensitivities to latex. Subsequently, the condom that feels the best for a couple who only needs birth control would not be the same as the one for the couple who needs birth control and protection from STDs.

So we have extended the categories. In addition, the winners have not been selected by researchers in a laboratory setting. They have been selected by you – the condom user. We have searched many sites that sell condoms and have used the reviews of verified buyers during this current year. The winners must have at least one thousand reviews that provided mostly five star reviews.

Lifestyles Snugger Fit is an ultra-sensitive latex condom with a narrower grip on the shaft which prevents it from slipping off during use. It has given men who are shorter or who have less girth a fresh outlook on their sex lives. The head is slightly larger than the rest of the condom which adds to the sensations. However, the shaft remains snug. This condom has a high-quality lubricant and a reservoir end.

The best non-latex condom for smaller men in 2020

Without a doubt smaller men really enjoy Okamoto’s Crown Skinless Skin Condoms. Even men with no latex sensitivities would like these. Crowns are manufactured from Sheerlon latex using the latest technology. In this process, the properties that make latex sensitivities have been removed. While this is all well and good, what makes this condom even more incredible is that it is only .04 mm thick. This should be re-stated as it is incredibly .04 mm thin. They are odorless and tasteless. The Sheerlon also eliminates that offensive latex smell. The material has plenty of stretch and users claim they forget they are wearing a condom.

The best latex condom for the average man 2020

It’s not just the brand name that brings these condoms into first place. Men from every corner of the planet praise Trojan ENZ. They are made of premium quality latex, are not expensive, contain a silky lubricant, and have a special design with a reservoir tip. That isn’t what is mentioned in the reviews to any great extent. Most men (and women) like that this is a condom they can depend on. More and more men comment that they have used Trojan ENZ for quite some time and have never had one break. This is monumental. Perhaps the Trojan practice of triple quality control aids in this benefits.

The best non-latex condom for the average man 2020

It should be no surprise that Trojan wins in this category as well. Is this because Trojan is a brand that is readily available on retail shelves as well as on line? We do not think so. All of the good advertising that money can buy is not going to get men to ever repeat a purchase on condoms that are lacking in any way.

This category goes to Trojan Supra non-latex Bareskin™. These lubricated condoms are made from ultra-thin polyurethane so there are no sensitivities to latex. The material is designed so that it transmits body heat better than other fabrications. They are transparent and completely free from odors. They come with a water-based lubricant. Trojan does not recommend using additional lubes.

The best latex condom for the larger man 2020

In 2020, MySize takes the crown for the best condoms for larger men with their 64mm - exceptionally popular with magnificent feedback.

Men liked the way they fit. They are larger at the head and fit snugger at the base. They are lubricated and have a reservoir end.

The best non-latex condom for the larger man

In this category Lifestyles SKYN Large come in first place. It appears that the majority of the praise comes in the sensation department. This is in part because the condom fits the way it should. Skyn condoms are made from Polyisoprene, a scientifically formulated new non latex material that provides a softer, more natural feel. While condoms are used to prevent pregnancy and ward off STDs and HIV, there should be some benefits to the wearer. Men enjoy the benefits of this condom.

The best feeling condom for birth control only 2020

For generations the winner here has not changed. Men of all ages have claimed that Lambskin condoms feel the absolute best. There is a biological reason for this. These condoms are not made from the actual skin of a lamb, but from the internal organs of the lamb. The feeling is as close to human contact as you can get. However, because this condom is made from a natural biological material, it presents a small problem.

The ‘skin’ is somewhat like human skin in that it has tiny micro-pores. These tiny pores do not allow the heavier consistency of sperm pass through. However, bacteria can break the barrier. This is why they should never be used to protect against any disease or STD.

Trojan Naturalamb is the top brand in this category. Each condom has is lubricated with a unique jelly lubricant. They are much more expensive than your ‘everyday condom’ but the men who have recommended them say they are well worth the price.

Different formulas work for different men. But when one outsells the others over and over, then this condom is considered the best. The winner is known by two names – but it is the same condom that is making men happy across the country. Durex Extended Pleasure/Durex Performa has a special lubricant inside the condom that is made with 5% benzocaine. The lube is contained in the end of the condom, so it only comes in contact with the head of the penis. And it is activated by body heat.

These are transparent, have a reservoir end and have a silicone lubricant base. What men have said they like the most about this condom is that they do not have to take any medications prior to intercourse and can depend on a condom to help them last longer. 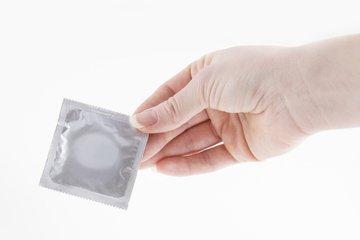 Textures condoms are made to enhance the experience for both the men and women. So we have to take the comments from both sexes to determine a winner. There were a lot of men and women who claimed that Rough Rider Studded condoms were their favorite. Men did not complain about their sensations but spoke more about how they pleased their partners. It is an ego boost to a man when his partner obviously enjoys the experience more that their usual encounters.

This condom features hundreds of raised studs. It is made from latex and does come lubricated.

The best warming condom in 2020

Some brands of lubricants have produced television advertisement to inform lovers about their warming lotions. However, many brands of condoms have been making product for years that have the same effect. The good thing about a condom is that it already has the special formula built-in and you can use them for special occasions. The one that received the highest marks are Trojan Pleasures Fire & Ice. This condom has something for both partners. Gentlemen say that her sensations were intensified while the benefit for him was that he lasted longer. This condom is made from latex and is promoted as having warming and tingling properties.

While some brands are making headway into this category, Durex Fetherlite Condoms still remain in first place. These are the thinnest condom in the Durex latex range at 20% thinner than their standard condom. However they still provide the same high level of reassurance and protection. They’re shaped to be easier to put on and provide a better, sleeker fit and feel during sex. They are made of latex and have been known in the past as Durex Thin Feel

The best non-latex thin condom in 2020

Durex has been pleasing customers for over 80 years and they continue their tradition with their Avanti Bare Real Feel Polyisoprene Non Latex Lubricated Condom. These are ultra-thin lubricated Polyisoprene non-latex condoms engineered to provide natural skin on skin feeling for latex-sensitive users seeking heightened sensitivity, sensation and excitement. The Polyisoprene can be stretched much thinner than latex but still convey the same durability and dependability. Unlike their latex cousins, they have no offensive odor.

The best flavoured condom for oral sex in 2020

As the world becomes knowledgeable about the human papillomavirus causing cancer in men and women, those who enjoy oral sex have sought methods to reduce the risk whether from vaginal or oral sex. Many have used these because they were not totally comfortable with the act itself, and with a delicious flavor more women have agreed to orally satisfy their partners. The top contender in this field is Durex Tropical Flavors Flavored Premium Condoms. These are colored to match their flavors, like red for strawberry and orange for, well, orange. Remember, these are the favorite for women who like flavors. They were not rated especially high for men who use for vaginal sex.

This is another product that is gaining in popularity. It is a 10-inch sheer sheet that comes in flavors and can be used by males as well as females for oral sex. By using the dams, no body fluids have contact with the partner’s mouth. This can protect again STI’s, HIV and other diseases. The best seller has been Sheer Glyde Dams. They come in flavors like vanilla, wildberry, strawberry, and spearmint. Users have said they can still fell every nuance of their partner’s body because the material is so thin.

There are other categories that we have not covered. However, they can cross over with another one. For instance there is a category for tingling and one for warming. But when you look at the winner in each, it turns out to be the one already covered.