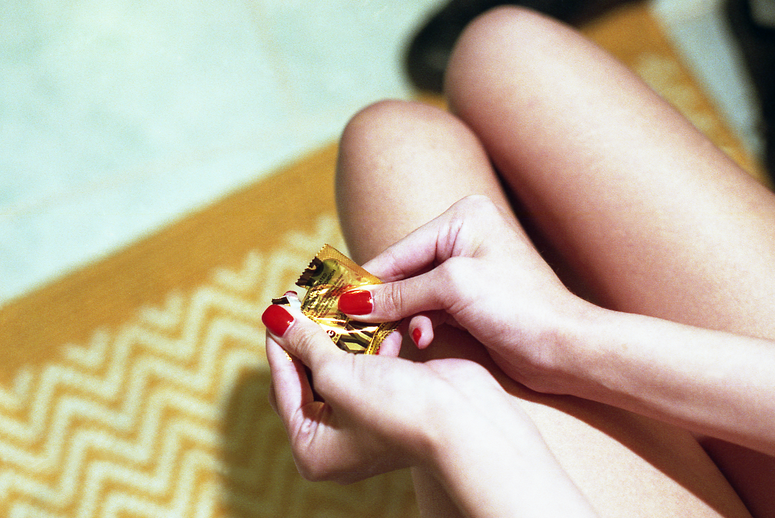 Condoms, rubbers, French letters, sheaths – they have several names. Which is funny when you think that actually, they are a very simple thing to describe. And not only are they easy to describe, they’re pretty straightforward to use as well.

In the very early days of condoms, they weren’t designed as birth control, as much as protection from what we now call STDs or STIs. In 1494 there was the first confirmed outbreak of syphilis among French troops. The disease spread like wildfire, “…pustules often covered the body from the head to the knees, caused flesh to fall from people's faces, and led to death within a few months”. Over the next few decades syphilis decimated large parts of China and the desperation for protection from the disease was palpable. The very earliest condoms were designed to fit over the glans of the penis and some bright spark had the idea of then tying this penis hat on with ribbon. Materials used over the centuries have been animal skin, lamb intestines, oiled silk paper and even – believe or not – tortoiseshell. Yes, really, it’s enough to make you shudder.

But this can lead to confusion. There is so much choice in chemists and online that it can be overwhelming with all their different names and labels. For the uninitiated it can be very daunting, not to mention worrying, but fear not, we have explained the main types and benefits below.

Don’t like wearing condoms? Does it reduce feeling and sensitivity for you? Or – horror of horrors – does it make you unable to keep an erection? In that case, why not try ‘Ultrathin’ ones (also marketed as ‘extra sensitive’). If you’re worried about these breaking, be reassured that they are no more likely to than a condom with normal thickness. Same function – thinner layer of material.

Size isn’t really something important with a condom because they are made to fit a vast range of sizes, in fact most could stretch over your forearm. But, it has to be said, that if you are far bigger than average then they can feel uncomfortable, may break and might just slip off. ‘Extra large’ condoms are manufactured with this in mind, they have been specifically designed for men with a large girth or length. But don’t buy these purely to impress, because that’s a guaranteed way to compromise your protection.

There! Now you have a neat outline of the type of condoms that are available. Some can be bought from a chemist, others you might have to go online for. If you’re shopping for condoms online you’ll find the biggest range available so if you’re after something in particular it might be an idea to check out www.britishcondoms.com.