What is it about condoms…? 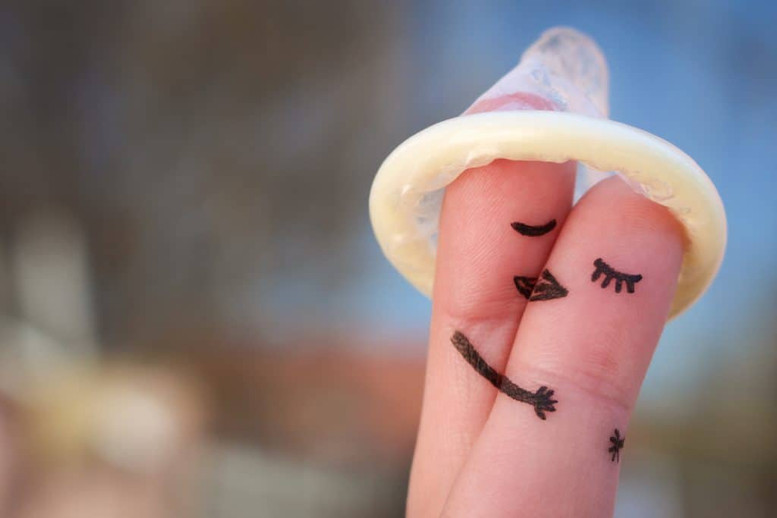 Condoms can seem to bring out the strange or funny side in some people, perhaps it’s because of where they are worn, they have never seemed to lose their rather jokey image – think schoolboy playground humour here, not subtle, sophisticated wit.

Take the secret condom fairy in Wythenshawe in Manchester, someone had been going around presumably under the cover of darkness and covering cards in Durex condoms, whilst leaving cryptic notes on the windscreen like, “you’re my favourite condom wearer.”  The artwork consists of Durex wrappers plastered to the windscreen and held in place by the windscreen wipers.  On another vehicle, a condom appears to have been inflated and left secured to a windscreen wiper on a red car much to the bemusement of many and anger amongst others as these cars have been parked near local schools.

The secret condom fairly in Wythenshawe probably never shared his or her own agenda but some condom fanatics are not nearly as shy, witness the condom themed restaurant in Bangkok (where else) with the rather strange title, “Cabbages & Condoms” based on the premise apparently that “birth control should be as accessible and easy to buy as vegetables in the market”.

The restaurant is all about opening up the debate that surrounds the sometimes taboo issues of sex, contraception and HIV Aids.  The restaurant itself is beautiful but if you look more closely at the fairy light adorned courtyard, there are condoms absolutely everywhere.  In particular, there is a selection of statues wearing clothes made out of birth control devices so not just condoms, on one garment the tiny stud features were actually birth control pills.  There is a bar called, “The Captain Condom” with condom flowers, amazing condom decoration on the walls and even condom lamps.  The bill doesn’t come with an after-dinner mint but a free condom and there are more available for customers in a box by the exit, wittily supplied in two sizes, Republican or Democrat.

Of course, people have always pressed condoms into service in awkward or emergency situations, such as:-

condoms have always been a cause of hilarity, the butt of jokes.  If a company wants to attract attention, they will use bawdy humour on the packaging – condoms, however, can be a matter of life and death, certainly of health or illness but perhaps there is a more serious message behind the humour?

Condom companies are always looking to engage with users, after all, they want people to buy their product and stay safe.  Humour can make people listen to you and once you have their attention, then it is easier to push home the message. Humour can dismantle one of the biggest challenges with condom use which is self-consciousness particularly amongst the under 25s who don’t have a great track record of talking about safe sex or even using condoms as it turns out.

Durex launched an aubergine flavoured condom a couple of years ago not because of the great taste (yuk) but because the eggplant emoji was frequently used to represent the penis when sexting.  Their research revealed that you have to communicate with the younger age group in ways that they understand so that would be emojis.  Unfortunately, the Unicode Consortium has denied its request to register this as the new safe sex emoji which durex sent to them along with an open letter requesting support just ahead of World Aids Day in 2016.  Undeterred, Durex launched its own unofficial emoji which is an umbrella with raindrops to drive home the message.

Perhaps tech companies need to consider a whole emoji-based language revolving around the safe sex message although the approval’s process is a little strange.  Durex has since launched an emoji condom brand to introduce different emojis to users on the packaging so that rather than have that awkward conversation, people can just use an image instead.