Im Vegan, What Condoms Should I use? 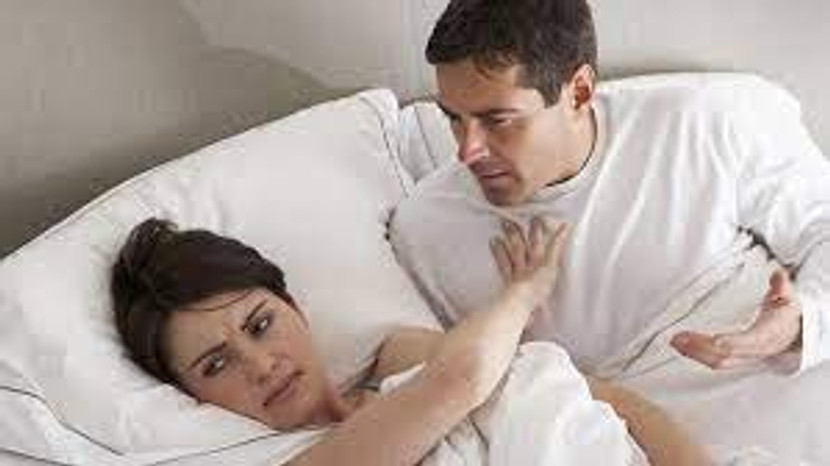 When it comes to living life as a vegan, things have definitely gotten a lot easier and these days veganism is pretty common. In fact, its gone mainstream and with that businesses are fighting to appeal to this new market, offering vegan friendly foods, toiletries and clothing.

If you are a vegan, then it is understandably going to be one of your condoms purchasing considerations and its definitely something that you are going to want to consider.

In today’s blog post, we are going to offer a beginning to end guide on exactly why vegans have to be careful in choosing condoms and how other suitable options can be found.

Why does it even matter?

For those who are not clued up on the vegan way of life, it’s best that we start by briefly clarifying exactly what it is and why it would matter in relation to purchasing condoms. Put simply, vegans attempt to adopt a way of life that limits the impact that humans have on the planet. They aim to do this in several different ways from not eating meat or consuming diary to opting for toiletries that avoid using plastic or other harmful materials. It’s an ethical and sustainable lifestyle that places these principles at the heart of its everyday decisions.

Ok, great, I’m sure you’re nodding along and wondering how the heck this relates to condoms?

Most condoms are made from latex and this is often processed using casein, a substance which is derived from milk. As vegans opt to avoid consuming animal products or any kind of dairy, this is probably going to be a concern.

As one of the most reliable forms of contraception and the only one that offers protection from pregnancy and STDs, of course vegans are going to want to find an appropriate alternative.

The good news is, there are now an increasing number of vegan condoms on the market, although they are still a little bit difficult to find on the traditional high-street. However, there are a number of manufacturers that do not use casein in the production of their condoms.

As a result, there are a wealth of options available online, you just have to take the time to research them and they are no more expensive than traditional, standard condoms.

Yes. There is absolutely no reason why you can’t use vegan condoms in the same way that you use other, standard options. That means that they can be used for all kind of sexual activities.

So, whether you are a vegan or not, most condom retailers now cater for a wide range of people with almost every need now being adequately net. But, if you are a vegan, there are plenty of choices out there which will help you to maintain your principles in as many areas of your life as you can.

Vegan condoms have all the perks of traditional condoms and are equally as safe.

There may be some readers who never thought there were separate condoms for vegans and the traditional ones for the rest of the world. It is estimated that worldwide the condom market will generate almost $2 billion in USD. Only a very small fraction of this booming business will be in vegan condoms? Is this because they are inferior in quality to a standard condom? No – it is simply ruled by supply and demand.

Do not confuse a vegetarian with a vegan. Vegetarianism has been in existence for millennia. A vegetarian will usually eat no red meat, pork or poultry. Some will include seafood into their diets. They do consume eggs, cheese and dairy products. Vegans, on the other hand, do not want to come in contact with anything that has had animal origins. They do not eat eggs and dairy products. They do not wear shoes with leather soles. Women will not carry leather handbags.

Does this mean that vegans are wrong in their beliefs? The answer is that everyone is entitled to their own beliefs as long as those beliefs do not injure others, including infants and children. The medical community warns against a vegan diet for infants and children because they do not get the natural nutrients that are required for healthy growth. These cannot be replaced by chemical supplements.

Other than that vegans are free to practice their beliefs as long as no humans are hurt in the practicing of their beliefs. Conservative Jews do not eat pork. Some religions ban the eating of cows. Old-time practicing Catholics will not eat meat on Friday. Does this mean they are wrong? Absolutely not.

To take this to the ridiculous, there may be people who believe the moon is made of cheese and that little green men live among us. Does this make them wrong? Even though men have landed on the moon and space vehicles have landed on Mars, they probably are. But – they are entitled to their beliefs. Those around them may believe they are a little strange, but there’s nothing wrong with being strange as long as you do not harm another living creature.

The reason for all condoms 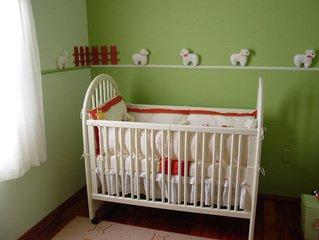 Since the first condoms were ‘invented’ their use was for preventing pregnancy. The earliest condoms were made from the intestines of sheep and other farm animals. They were crude, but they worked. Two thousand years ago prostitution was rampant. Many married men sought comfort from ladies of the town and came away with more than sexual relief. Then using a condom was necessary to keep these men from introducing their venereal diseases to their wives.

The standard every day condom is made from latex. To make the latex more soft and pliable, manufacturers use an animal substance called casein, which is a milk protein. Since this is an animal product, it is verboten to a vegan. 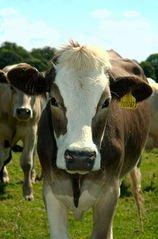 Condoms are a billion dollar plus industry. When this kind of money is in play, there will be those who want to grab a piece of the pie – illegally. Just like identity theft, there are companies that make fake condoms. Usually all true vegan condoms will be certified by the Vegan Society, the American Vegan Association, and/or Vegan Action. If you are a vegan and want to purchase only vegan condoms, watch where your condoms were made and if they carry the international certifications of testing.

Vegan condoms are no better than non-vegan condoms. Those condoms which have passed government standards and are used 100% of the time have a fail rate of 2%. In 98% of the cases they protect against pregnancy and STIs and HIV. (This is the case for all government tested condoms with the exclusion of lamb skin condoms which are for birth control only.)

If a non-vegan person wanted to purchase and use a vegan condom – go for it. If you like the fit and sensation, it may become a favorite.

Like any product on the market, if a consumer does not like an item after the first purchase that consumer will never buy that product again. However, if the item was a good buy, was worth the investment, and pleasured the buyer, he will go back and purchase again and again. We are going to give you a list of the best-selling vegan condoms. The number of repeat buyers is a testament to their quality.

Sir Richard’s are made in the U.S. and each one is electronically tested for safety and reliability as approved by the Federal Drug administration. The company advertises that their condoms are lubricated with a formula that has no glycerin, spermicide or parabens. They also have less of a latex odor. They are American Vegetarian Society Vegan certified and PETA approved. The only real ‘complaint’ about their Ultra-Thin condom is that it does not fit men with larger than average girth.

You will find choices from Sir Richard’s such as Pleasure Dots, standard condoms, ultra-thins, and extra-large.

The actual Glyde website states: “GLYDE condoms are made with a proprietary plant-based formula of thistle extract and natural rubber latex, free of additives including petro-chemicals, parabens, casein and spermicides… Our pure ingredients and ethical principals make GLYDE the perfect choice for vegans, people with dairy allergies, and even mild latex allergies, which may stem from exposure to casein used by conventional condom brands.”

They further state that “All GLYDE condoms are the natural choice - crafted with 100% natural latex Fair Trade sourced rubber and thistle extract. Certified ethical and vegan by the Vegan Society, GLYDE condoms are free of animal testing and animal by-products, chemicals, parabens, or spermicides. Each condom is double washed to eliminate unpleasant latex odor, and features patented technology for strength and durability which exceeds global standards.”

Glyde makes a host of different styles and sizes. They make vegan-approved flavored condoms. They also have ultra-thins, slim fit and a selection for larger men. While they do have the larger man choice, the most heard negative is that these do not fit a man who is longer or wider.

Sustain is somewhat of a newcomer in the condom industry. Sustain Condoms are non-toxic and sustainably produced using natural, certified Fair Trade rubber. Sustain organic lubricants are water and aloe based and are free of parabens, petroleum, and glycerin. Their condoms are available in Lubricated Ultra-Thin, Tailored Fit, and Comfort Fit. Sustain lubricants are available in unscented and lavender. 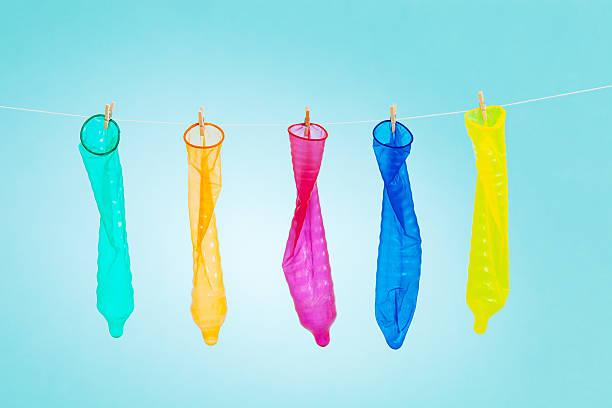 In addition, Sustain is FDA approved and electronically tested. However, similar to the above brands the main customer complaint is fit. Users say that they are more concerned with how they are being made than they are with the fit and pleasure of the individual.

Condomi latex is manufactured free of animal ingredientsand are approved by the Vegan Society. They are free of animal derivatives and meet or surpass all global and domestic quality accreditations. Condomi began producing condoms in 1996 that conformed to the European standard EN 600. This particular standard is very important because condoms that do not conform to this standard cannot be sold in the EU.

Condomi offers three styles: Ultra-Thin, Max Love and Nature. There have been no notable complaints.

Pasante is a highly regarded brand in the UK. Their advertising states that they are CE certified and 100% electronically tested for safety. They are also suitable for Vegans. Pasante makes condoms in every imaginable size and sensation. From ribbed to delay, there is something for everyone.

Your choice of condoms is purely a personal choice. Each brand and each selection in that brand fits and feels differently. What feels right for one man may not feel right for you. If you are sincere in using only Vegan approved condoms, try different brands and styles that brings you the most pleasure.