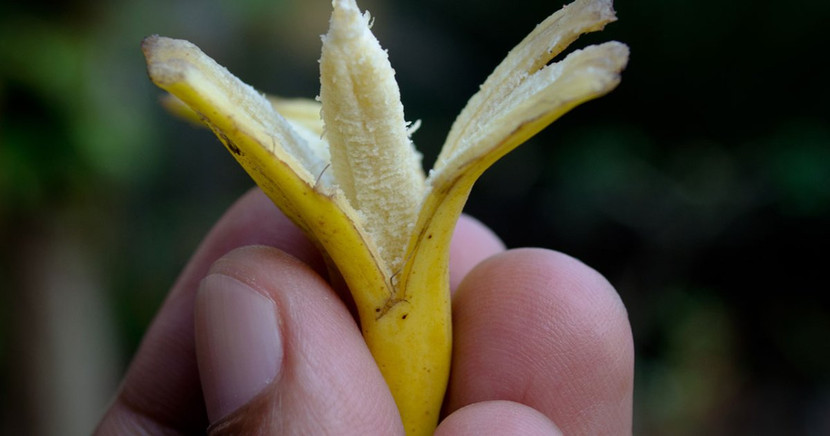 The majority of men believe they could be larger in package size. Many who think they are smaller than average are indeed average. It is human nature to want what we were given by pure genetics enhanced to make us feel better about ourselves. For men it seems the size of the penis defines the whole person. Whether this came from Neanderthal ‘thinking’ or grew from some king of old world superstition, it is faulty at best.

Women around the globe will tell every researcher and survey question that size does not matter. Men may not believe it – but to women, it’s all in technique. Smaller men have had to develop great techniques to ensure that their partners are completely satisfied. As they say, it is not the size of the ship; it’s the motion of the ocean! Some men with whoppers believe they can just put in in and rut, and that satisfies everyone. This simply proves that for these men their larger brain is below the waist. 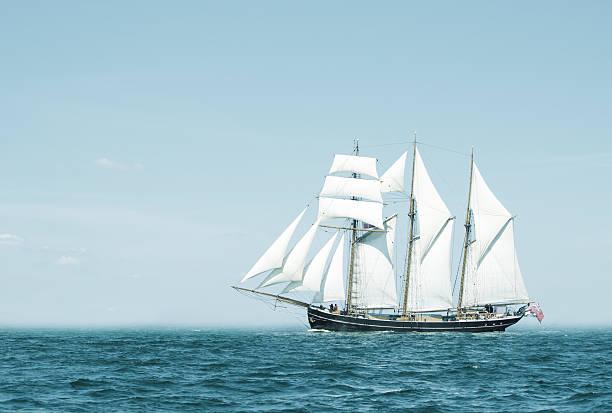 You would think that smaller means smaller. But actually there are three different definitions of smaller. There is the man who has an average length but his girth or width is narrower than average. Then you have the man who may be shorter in length but his girth is average or above average. In the final category you have the man that is indeed shorter and has a more narrow girth than average. Which are you?

How to determine your size

Whether you are a shower or a grower you need to measure your erect penis. If you have one, you can use a measuring tape. If not, take a piece of simple string or twine and measure length and girth. You can hold the string to a simple ruler and get your results.

Sexperts will tell smaller men to pay more attention to girth than on length. It is the bad fir in girth that leads to the condom slipping off during sex or breaking if it is too tight. To find the one that’s best for you begin with the girth. Then narrow your selections from there. It's also worth noting that if you are very conscious about size, you can try extenders - such as the Phallosan penis extender 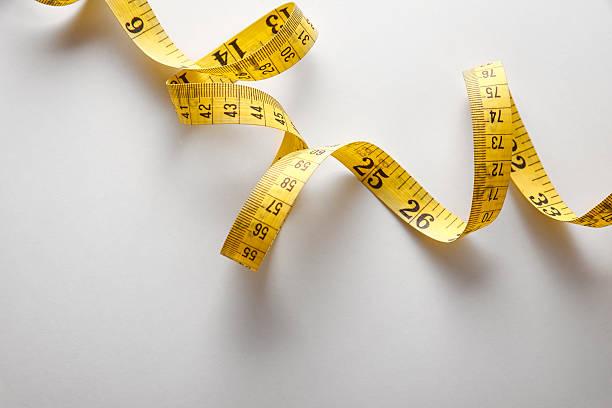 Just about every manufacturer will have a place on their website that will give you what specific condoms will mean your specific demands. Not all makers stick to the same sizing. Proper fit means that you will have the more pleasurable experience possible. If you are more concerned about the performance of your condom during lovemaking, you cannot concentrate on your technique.

Where do you find your best condom?

Many men simply purchase their condoms at the super market or big box stores. The man who wants a smaller condom is in a conundrum. First he has to look at the available boxes and determine if any of them are suitable for the smaller man. Some manufacturers state on the box they are trim or small. So now he has the box he wants to try. Now he has to confront the cashier.

He looks and looks to see if there is a clerk who may be a man in his golden years working part time as a cashier. Where is one when you want him? All the cashiers are young college girls who like they are all cheerleaders. Would it be possible for him to find one who acts like a professional? He doesn’t think so. He hides his small condoms under his cabbage, lettuce and carrots. Maybe she won’t notice when she scans the box.

But she picks up the box and scrutinizes it fully before scanning it. She looks at the man and gives him a knowing look and smiles. It’s the pity smile. It’s is humiliating. Luckily, most websites that sell condoms sell small or trim condoms. When shopping, read the section about shipping and ensure that your purchase will be shipped in plain wrapping. If you shop on line you will never have to see the pity smile again. 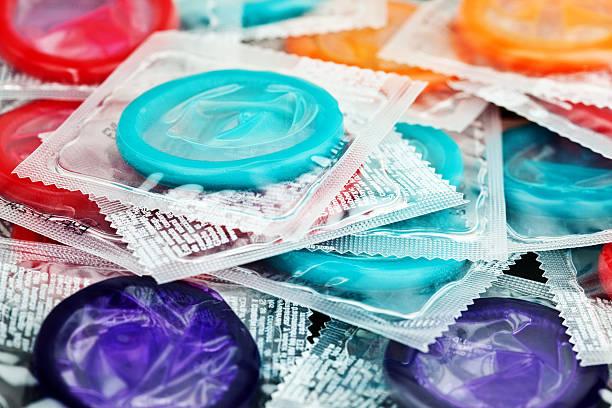 Below is a list of some of the best-selling small or trim condoms. Reviews have been taken into consideration. However, if you go into a pub and order fish and chips and the fish tastes like it has been dead a week, you certainly will not order fish and chips at that pub again. If a man purchases a small condom and it did not perform satisfactorily, it is highly unlikely that he will purchase that brand again. All of the selections we are giving have happy customers who repeat their purchases time and time again.

This is just a tidbit to keep in the back of your mind. In general, condoms made by Japanese manufacturers tend to run smaller than condoms made in the U.S. or other countries. While it is a general profile, Asian men tend to be smaller than American or European men.

Beyond Seven are a Japanese condom with a snugger fit. They are slightly longer than average (194 mm) but narrower (50 mm) and also thinner (.05 mm). They are advertised as the only smaller condom that is also thinner. The extra latex is usually still rolled up at the base still make them good for a smaller fit. These are more our most popular condom that we do and we offer extra speedy shipping.

Lifestyles Snugger Fit condoms are slightly shorter than average (180 mm), but considerably narrower (44-49 mm). They are the thickness of a standard condom (.07 mm) and the feel is similar to the other Lifestyle latex condoms. 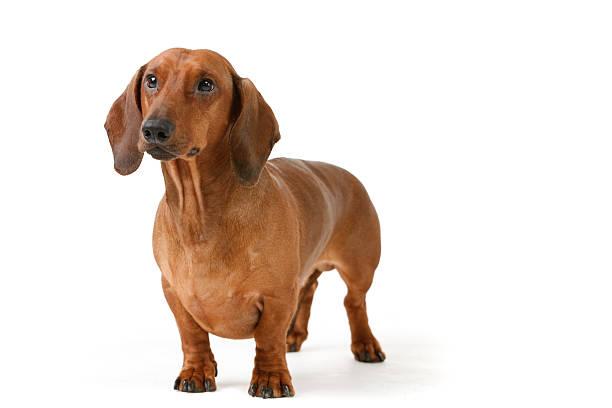 The Contempo line of condoms is actually known for fitting a little wider than other condoms, but the Exotica condoms are smaller in every way. They are the shortest condom available (160 mm) and about the same width as Lifestyles. They are 0.07 mm thick, and are also manufactured by Ansell (the makers of Lifestyle condoms). The latex feels similar to Lifestyles but the fit is completely different. The only drawback is that Contempo can be hard to find.

Sustain is a somewhat newcomer in the market. What makes this condom even more different is that this is a fair trade and Vegan approved condom. Their "tailored fit" condom is designed to feel a bit tighter and stay on. The length is about average (183 - 190 mm); width is similar to other small condoms (49 mm) and a latex thickness in the middle of the pack (0.065 mm).

Iron Grip Snugger Fit may be new but it is making its mark in the small condom market. The length is (170 mm) and the width is about on par with most others (49 mm). Iron Grip has a regular thickness (.07 mm) but they have manufactured their own fit and feel.

Lifestyles Snugger Fit has another option that is relatively new call 3SUM. The sizing is about

the same as the Snugger fit; however, these condoms have raised dots for more texture.

It is difficult to find a smaller fit condom that gives you textured options.

Fuji Latex Chapeau Slim 2000 are condoms made in Japan. These latex condoms are really

thin at 0.03 mm. They are also ribbed. Slimmer than the standard condom at 34 mm at its

maximum diameter, it also features a wrinkling-system to fit any form comfortably and

GLYDE Slimfit Premium Small Condom happens to be Australia’s number one condom. Made with Sustainably Harvested Natural Latex Rubber, it is Certified Ethical & Fair Trade. There is no latex odor, no risky chemicals, no parabens and no spermicides.

Durex Close Fit Condoms are narrower than a standard condom. It is 7.001 inches in length, is 49 mm in width and .0.7 mm thick. As with most of the Durex line, this condom is lubricated with a gentle, non-spermicidal lubricant. Featuring a coral color and a reservoir tip, the Close Fit Condom is made from hypo-allergenic natural rubber latex.

My Size 47mm Condoms is very highly rated. Men who have used them praise the fact that they are an ideal fit, very comfortable and they can enjoy sex without worrying about slippage. They also like this condom because while small it can stand vigorous use without breaking. My Size makes a host of condoms in a size to fit every man.

Pasante Trim Condoms are CE certified and 100% electronically tested for safety. They are also suitable for Vegans. Most importantly this condom can give you self-confidence in your love making. It is trim and fits a slimmer penis. They remain in place even when changing positions.

It is a given that you like sex, but paying more to just try a smaller condom can sometimes eat into an ‘entertainment’ budget. You do not have to purchase an entire box of small or trim condoms – at least on line. Many manufacturers will offer trial packs of their smaller portfolios so you can try on of each type. Some Internet sellers will offer trial packs that include four or more samples of different brands. This gives you the opportunity to see which brand is the best fit for you.

Men who need small, snug or trim condoms do not have to suffer in silence. There are dozens of choices and all you have to do is find the right fit so you can experience just as much pleasure as your cousins who wear regular sizes.