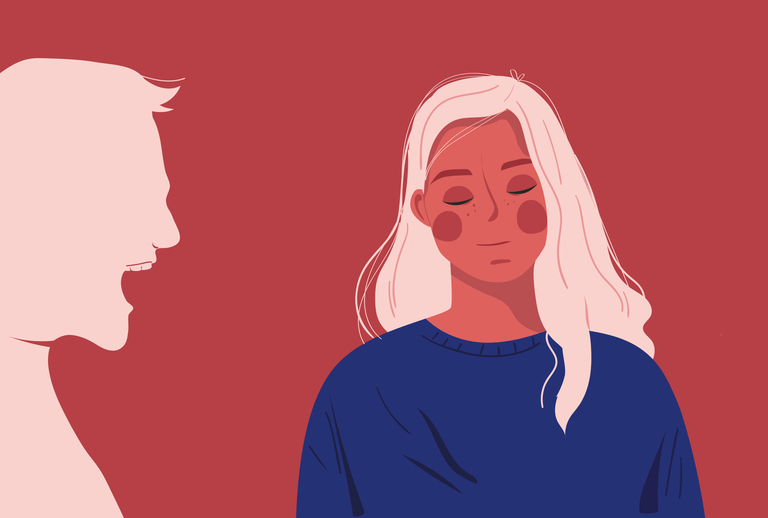 I think someone that I’m close to might be in an abusive relationship, what can I do?

Firstly, this is a very difficult situation to be in, so you have to tread carefully. We all have people close to us who we care about, that’s a given, and it can be hard to watch someone going through anything bad. It could be illness, death of someone, financial hardship, mental health issues or none of the above, they’re just upset for no reason that you can understand. It’s perfectly natural to want to jump in and help them any way that you can, and in some (if not most) circumstances, that help will be gratefully received. If illness is an issue then home help is often appreciated, or looking after children. If it’s money problems, then giving them a loan might be a good solution, but sometimes it’s just support that people need, someone to listen, a shoulder to cry on, that sort of thing. That naturally supportive behaviour. But if you suspect that someone is in an abusive relationship then the rules change, the game is no longer a straightforward one.

What are your concerns?

It’s very difficult to know what’s going on in someone’s private life, however open you think they’re being. Lots of times people are either too proud or too scared to be open, they might seem fine but there could be trouble bubbling below the surface that you just don’t realise. Signs that someone could be in an abusive relationship include:

Visible nervousness around their partner. Abused partners are often kept under control by their abuser, so much so that they don’t know what’s going to happen to set them off next. Tell-tale signs are constantly looking to the partner for approval, not venturing their opinions, not leaving the side of the partner – basically anything that would involve them being in charge of themselves. The abuser strips that away from them to make them feel weak and vulnerable.

Changes in behaviour, like not meeting up so often or going round to friends’ houses. It’s a well-known fact that abusers like to isolate their victim so they don’t have friends or family to turn to and tell about the abuse. The abuser likes the fact that their partner is totally under their control.

If money seems to be an issue where it wasn’t before and doesn’t seem to be now. Financial abuse is a very common one, if a person doesn’t have any money, they can’t do anything. They can’t go shopping on their own, they can’t pay a bus fare, they can’t put petrol in the car, they can’t buy clothes or even have their own choice of milk. Witholding money is one of the main ways that an abuser can keep control of their partner. Obviously if money has always been tight for them and it’s just a case of having to tighten the purse strings a little, that’s one thing. But if there don’t seem to be any financial issues and the abused person never has any money whereas they did before, that can be a warning sign on its own.

Being strangely protective of their partner whilst seeming nervous about it. The abused person will take any route they can to please their abuser and pretending that everything is fine is one way to do it. They will sing the praises of their partner, they will deny any problems and they will often refuse to talk about the situation at all.

Unexplained injuries/bruises. Abusers are normally careful about hiding the signs of physical violence, but there might be something that can’t be ignored, such as large bruises, or those in awkward places, or those that seem to suggest that the person has been restrained.

This point is absolutely sacrosanct. If you suspect that there’s abuse going on, then the first thing you need to do is watch and wait, don’t say anything to anyone but make sure that you’re monitoring the situation as best as you can. You don’t want the suspected abuser knowing that you’re on to them, otherwise they are likely to disguise the behaviour, or be more abusive towards their partner, assuming they’ve said something.

The next thing to do is try and find a way to speak to the person and see if they tell you anything. It’s likely that they won’t, they might be terrified of repercussions, but if you can find a way to communicate then make sure they know that you’re there for them and give them a safe way to get in touch. Letting the phone ring twice every morning, something like that.

And lastly, getting outside services involved. If it’s an emergency and you know the abused person is being attacked right now, then the police are the people you call instantly. If it’s not an emergency and you’re worried about the children, then contacting their school is a very good move. They will be trained in child protection and they will have a protocol to follow to keep the child safe. If the abused person can get into the school alone on the pretext of discussing the children, then that could be their opportunity to get help.

Wanting to help out as much as you can is a great thing to do. But just be wary of offering the wrong help or getting overly involved because it could backfire on the person you want to protect. Starting here is a very good idea, it has access to multiple resources.