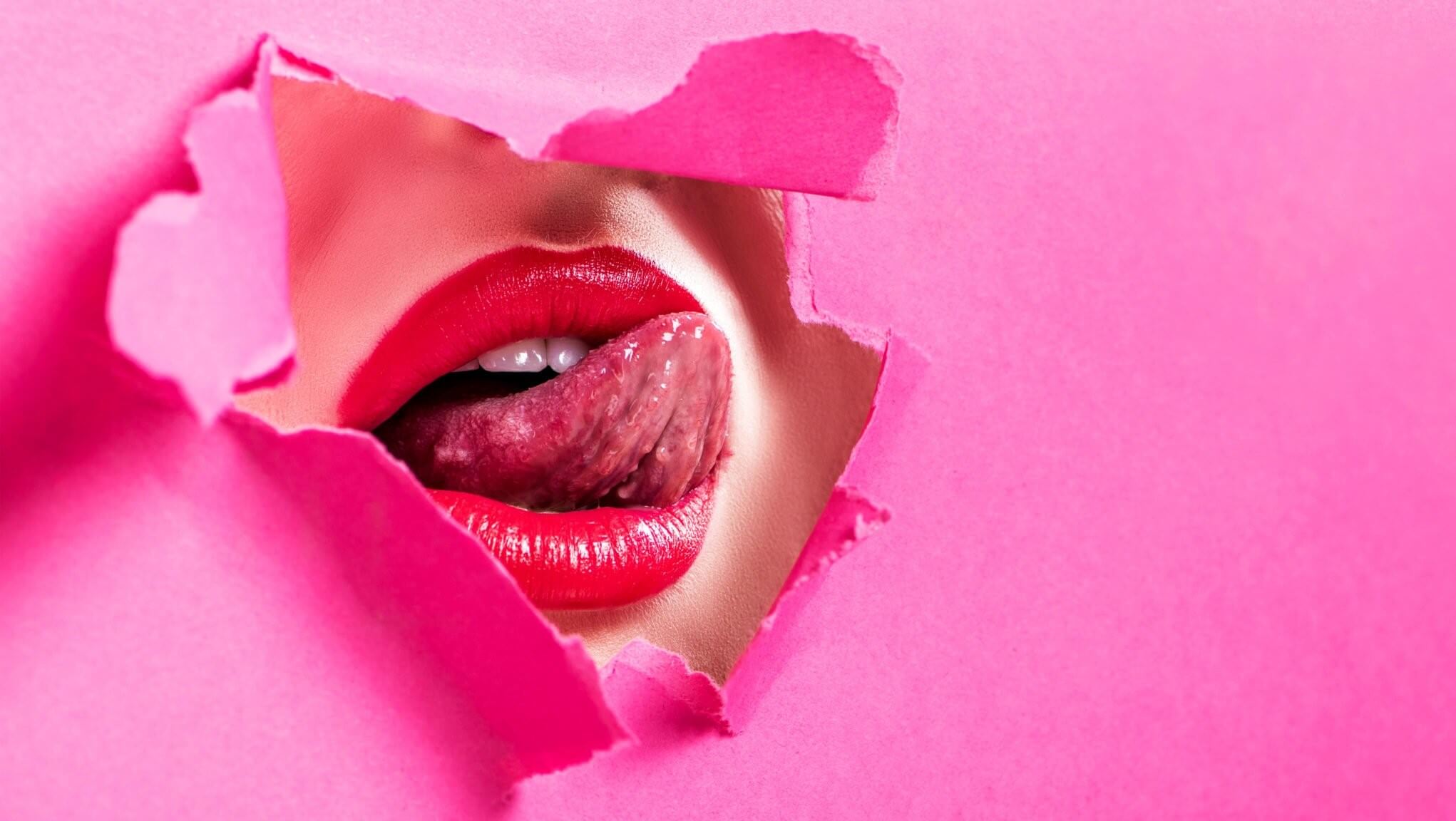 S is for safety

The vast majority of us know that STIs/STDs are passed on through penetrative sex, plus how and why. It’s the crux of sex education in schools and clinics, and usually reinforced at home when those conversations are being had.

Teenagers have a tendency to focus on the fact that condoms prevent pregnancy, but they’re actually the only method of contraception that protects against both pregnancy and STIs, which is straightforward when you think about it. We all know that using a condom during oral sex is a must, but there’s other aspects of oral sex that still require protection, and that’s why dental dams have slid into sexual use. They’re used during mouth to vagina, or mouth to anus, sexual stimulation. It’s pretty obvious but both of these can transfer bacteria (and faecal matter) – hence the dam. Safe sex protects against infections in more than one way.

What is a Dental Dam?

Originally used by dentists to protect areas of the mouth from infection, they have since become a staple of safe sex. They’re usually made out of a flexible and thin piece of latex (watch out for those allergies) which acts as protection against bacteria for areas that you’re using your mouth on during oral sex. They aren’t expensive to buy, but condoms work just as well (see below).

But if you want the original, then you have extra options available – different flavours for example. These are great for keeping things spiced up in the bedroom. And by investing in a pack of multiple flavours you can match your choice to your mood! Strawberry, coconut, tropical, cola, vanilla – test ‘em all out.

How are they used?

Once positioned, the dam must be held in place by either the person performing oral sex or the person receiving it. If it slips or is punctured, oral sex should immediately be stopped. The dam should be disposed of and replaced with a fresh one before sex is resumed. You can still be exposed to bacteria through bodily fluids already on the material.

Using one of these dramatically reduces the chances of bacteria getting into your body whilst still allowing enjoyment of that particular stimulation. While the idea of using a dental dam during oral sex may seem off-putting, it doesn't have to be if you make it part of the experience rather than a necessary precaution. Take your time over getting it into place so the build-up eclipses its use.

Why is it so important to use one?

The infections that dental dams are designed to prevent include:

Additionally, there are other infections that might be transmitted, such as human papillomavirus (HPV), herpes simplex type 1 and 2 and pubic lice. You can contract genital herpes from having oral sex with a partner who has the infection if they have not entirely covered the lesion or outbreak. Depending on the type of contact, it is possible to get an STI in the mouth and throat.

How effective are they?

These dental dams are very effective, but they do have to be both applied and used carefully, to prevent tears and holes - anything that will stop them working, basically. So, don’t get too carried away in the moment! They need the same care as condoms. 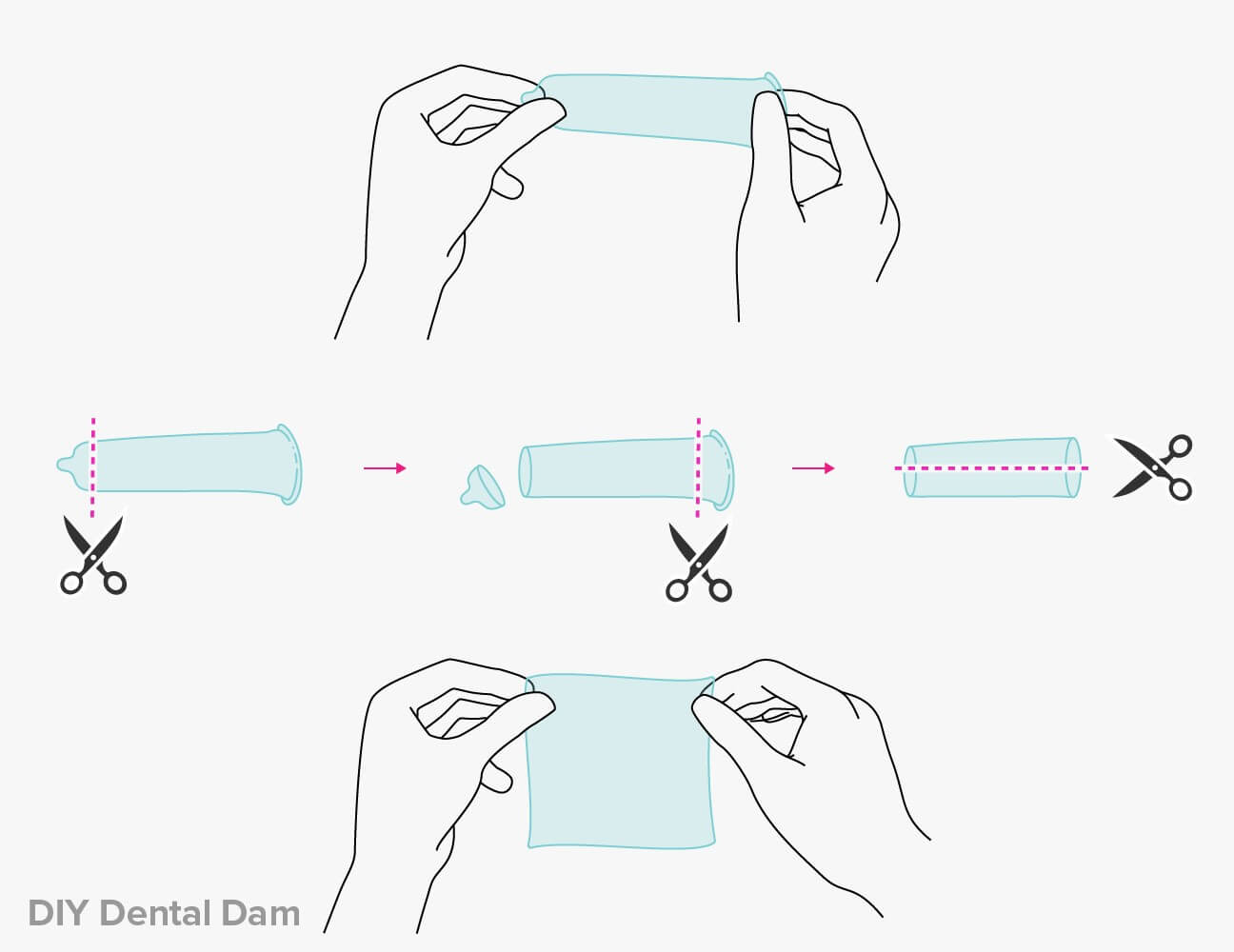 If you don’t have a purpose-made dam, then condoms are a good alternative because they can actually be used as dental dams. It’s not often that you have the perfect solution to a problem right under your nose! Step by step:

-        Cut up the side to open the remaining material and there you have it. Just be very careful not to nick the condom with the scissors as you go.

There are some other quick guidelines to follow, and these apply to specifically manufactured dams, as well as those fashioned out of condoms:

Sex can sometimes be a complicated operation but having the right protection in place doesn’t need to be.