The Most Creative Way to carry Condoms

Before we can give you some of the most creative ways to carry condoms we need to go over some condom basics. The more experienced man – and woman – will know these simple facts. But for educational purposes we will remind you.

Ever since condoms became available to the average man he would stick one in his wallet knowing he would have protection just in case he got lucky. (Naturally, we are talking about single men, young and old.) ‘Back in the day’ there were more incidents of condom breakage and it took those with knowledge of the rubber/latex industry to point out the error. It was not the manufacturing methods, it was the carrying method that was causing the problem.

Have you ever seen a clip on television where someone has found a vintage car in an old garage? Have you taken notice that the tires are brittle and breaking? This is what happens when condoms are kept in a place where they are exposed to constant heat. The molecular structure breaks down.

When a man places a condom in his wallet and then places the wallet in his pocket body heat transfers to the latex. This doesn’t happen in one day. It happens over time. So, a man puts his ‘just-in-case’ condom in his wallet and forgets about it until he needs it. Unfortunately for some, that could be months. By the time he gets lucky, he is definitely unlucky.

It must also be mentioned that extreme cold can cause the same effects. Let’s say you purchased a box of condoms but unfortunately left them in your car during a snowstorm. The temperature has been below freezing for three or more days and you haven’t been outside to dig out your car. When you do finally get to check that box of condoms before using them, open one to ensure that it is not brittle. It is better to let the condom rest until it is room temperature. Do not try to accelerate the process.

For that soul who cannot break the habit, here is the best suggestion. When you get home and get ready for bed, when you place your wallet on your chest of drawers, take the condom out. In the morning, before you leave for the day, replace it with a fresh one. You can lay out five or seven days’ worth so you are always rotating your stash.

If you have purchased a box of condoms and they have not expired but they have been exposed to excessive heat for a period of time, there is a simple test to see if they have been ruined or not. Take one from the box and open it. If it has lube, is the lube still the right consistency? If the answer is yes, go on to Step Two. Take the condom and stretch it lengthwise and from side to side. Now fill it with water. Check to see if there are any leaks. If the outside remains dry, you are good to go. This is not a 100% guarantee test, but it is a good one none the less. We must caution you not to use your test condom for sex in the future.

So, for carrying purposes the absolute worse places to carry your condoms is your wallet, your vehicle glove box and loose in your pocket. Some individuals believe that sticking a condom inside their mobile phone case makes a great emergency safe haven, but this is not a good idea. The batteries in mobile phones can become extremely hot.

Why are you carrying condoms?

It is a given why you are carrying a condom. You’re smart. You’re educated. And you always want to be prepared. But what category are you in?

Here are some very creative ways to carry your condoms. They are fine for the LGBT community as well as those straight men and women.

The Business Man (or woman)

This is one of the best ways we have uncovered. What do all business people carry with them all the time? A mobile phone is not the answer. Most people who conduct business in the office or travel to clients carry an attaché or a zipped binder. And what one office supply does every business person have? A business card is a must – and so is a business card carrier.

It is not suggested that you carry your male or female condoms in the same little case as your business cards. You need a separate case for your condoms. You must be able to tell them apart at a glance. Nothing could be more embarrassing than to open your business card case and hand your client a condom!

Office supply companies sell a jillion different kinds of business card cases. Your condom case does not have to be 14 kt. gold or sterling silver. It can be the least expensive one you can find. You probably can find something at a big box store as well.

But to be sure your lucky condoms are fresh, be sure to alternate them from time to time. 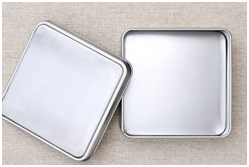 Just about everyone carries breath mints. Some, like Altoids, come in tins that can be shut tight. The only thing that is a little risky is that a friend could be going through your purse, backpack or attaché and think they’ll help themselves to a breath mint. Imagine their surprise!

If you have a thrift store or ‘junque/antique’ store near you, it may have a cornucopia of collectable tins that are not expensive. If the advertising is in a foreign language or is a product that no one has heard of, the less likely someone will be tempted to open it. 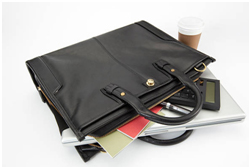 So many individuals into high-tech gizmos will have cases for their laptops and tablets. Most laptop cases have numerous pockets that have zippers for security. You can carry three or more condoms in your bag as long as you do not place your PC in the bag while the battery is hot. People with common sense do not leave their expensive electronics in their vehicles where they can be stolen. Just remember to carry it with you when your date invites you in for a nightcap.

This is not an original carrying place – but it works well for young men still at home as well as others who travel light. Take a book (slim hardback would be best) that you have no intention of every reading again. Open a section that is not on the natural fold. Using an exacto knife or utility knife cut out a square large enough and deep enough to hold three condoms and maybe one or two packets of lube.

No one will think twice about your special book! 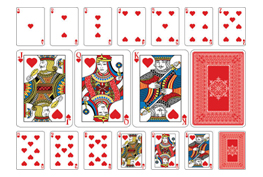 It would not be a surprise to see that a young man carried a deck of well-worn playing cards in his backpack. Maybe he plays solitaire when he’s bored. If someone asks if he plays and games of chance, he can say he sticks to solitaire – anyway he’s missing a few cards.

The reason he is missing a few cards is that he has taken some out of the dingy package and inserted a few condoms here and there. Whether he is visiting a co-ed’s dorm room, lounging at a friend’s apartment, or taking a hike in the woods and getting lucky with a little afternoon delight, he only has to reach for his playing cards.

If you have a few old CDs that you would rather not hear again – or ones that are totally irrelevant to your age group, stash a few fresh condoms in it when you leave your place for your date or night of partying at the pub.

You have used fresh condoms and you are keeping them in your vehicle temporarily. Some people like having sex in the car! It takes them back to their teenage years. But if you have been invited to someone’s home, you can easily place the CD case in your pocket. Or, if you are following her in your car, you can take them out and put them in your pocket. 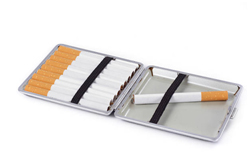 Even if you do not smoke, you can search vintage shops for an old-fashioned flat cigarette case. They aren’t in use much these days, but you will see the movie stars in the old black and white flicks using them all the time. If you wear a suit or jacket, it is a security blanket you can slip into your inside pocket before you leave home. As a reminder, you may want to keep it on the hall table next to your car keys. Just be sure you have fresh condoms.

If you have not used them, when you return home just place the case on the table next to your keys so you’ll be ready for the next opportunity. Just don’t leave the case under a hot table lamp.

More and more women are being proactive about taking care of their bodies. There are some men who just ‘forget’ to have a condom. Rather than ruining the moment, the woman can produce protection – whether a male or female condom. In a survey of 1000 women who had been actively involved in adult dating, an overwhelming 87% say that they always carry a condom on the first date - good thinking, girls.

A ladies’ wallet is perfectly fine as a hiding place. This is because it is usually carried in her handbag. She does not keep it next to her body where it can absorb the heat. However, if she constantly leaves her handbag in places that are extremely warm or extremely cold, the same rules apply here as they do to men carrying condoms in their billfolds. 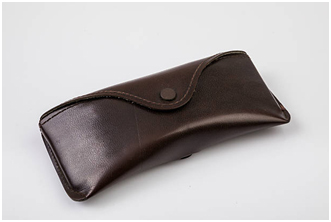 Even if you do not wear glasses, a glass case rarely draws attention. They could be for reading glasses or sunglasses. You can keep several condoms in hard-sided cases as well as soft-sided cases. Placed in an attaché, tote bag, hand bag or anywhere that is not against the body works well.

Those who do not have to worry about hiding their condoms in their home do not have to be so creative. You can place them in every room including your bedside table, sofa side table, kitchen drawer, medicine cabinet – anywhere!

Those who like a little more privacy can keep them in the kitchen in an old tea tin (away from heat), and in the living room in a zipped manicure case placed in a side table.